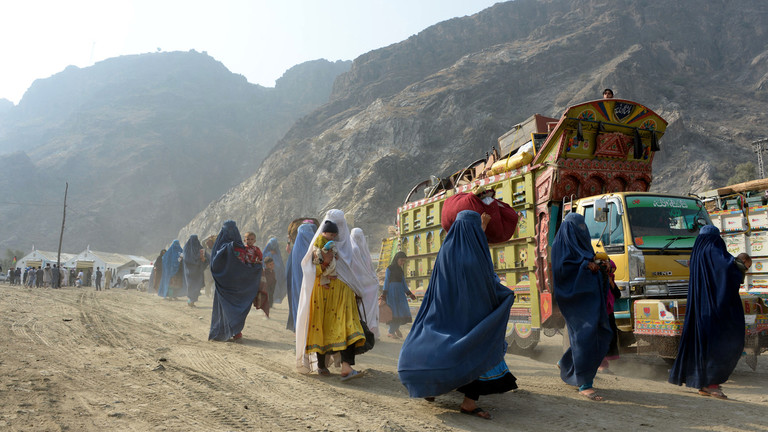 About 400,000 Afghans have been internally displaced by the ongoing conflict with the Taliban, and many are seeking asylum in Iran, the EU has warned.

A senior EU official has told Brussels media on Tuesday that it is estimated about 400,000 Afghans have been displaced as a result of a surge in conflict within the war-torn country. The official also said that over the last 10 days, there has been an influx of Afghan immigrants fleeing to Iran.

It has been increasingly difficult for foreign states and institutions to deliver humanitarian aid to people suffering in Afghanistan due to the unstable security situation, the official said.

The grim figure comes only one day after a letter was signed by six EU member states asking the Commission to proceed with deporting Afghan asylum seekers back to their country, which is ranked the most dangerous in the world on the Institute of Economics and Peace’s Global Terrorism Index.

Belgium’s state secretary for asylum and migration, Sammy Mahdi, was joined by Germany, Austria, the Netherlands, Denmark and Greece in the letter, which asked the Commission to “continue to guarantee the forced return of certain Afghans.”

Madhi, a Belgium-born Iraqi descendent, argued that “just because regions of a country are not safe, it does not mean that each national of that country automatically is entitled to protection.”

The UNHCR, the UN refugee agency, has stressed that it is “extremely concerned by the rapid escalation of conflict in Afghanistan this week.”

International concern for the amplifying violence in Afghanistan follows the US withdrawal of troops that started earlier this year and is set to conclude in September. Since troops began to leave, the Taliban appear emboldened and have seized control of more Afghan territory. On Monday, the militants captured their sixth provincial capital.