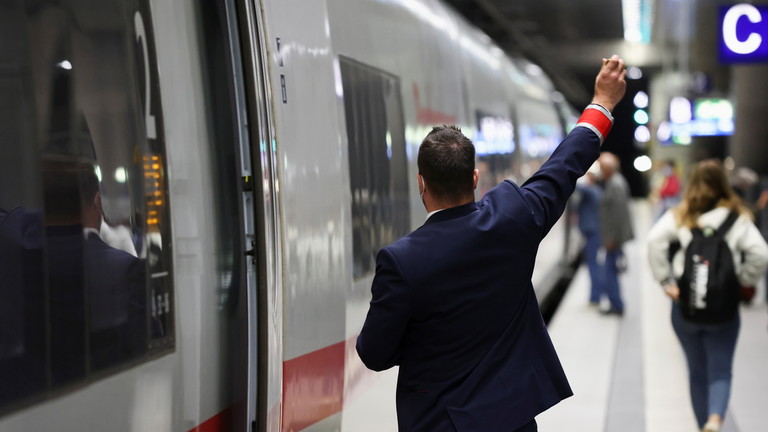 Members of the German Train Drivers’ Union (GDL) have voted to strike starting Tuesday evening, after their demands for better pay were rejected. Deutsche Bahn state rail company called the strike “an attack on the whole country.”

GDL head Claus Weselsky said on Tuesday that 95% of the union members who voted on the action backed the strike, which will last from August 10 until August 13. The union boasts over 37,000 members, according to its website.

“That is more than we expected… This result shows very clearly the mood among Deutsche Bahn’s personnel,” Weselsky said.

The strike on freight trains will begin at 5pm local time on Tuesday. The walkout will then be extended to passenger services, lasting from 2am on Wednesday until 2am on Friday. The action is expected to cause delays and cancellations.

GDL warned in June that it would call on workers to strike after wage talks collapsed. The union is demanding a wage increase of around 3.2% over the next 28 months and a one-time coronavirus bonus of €600 ($703).

“Especially now, when people are traveling more and using trains again, the GDL leadership will destroy the upswing, which we urgently need in view of the massive corona damage,” the company’s personnel head, Martin Seiler, said, calling the walkout “an attack on the whole country.”

In a separate statement, a Deutsche Bahn spokesperson said the strike would be “a slap in the face” to both customers and employees.

Weselsky said, however, that the union chose the time frame for the strike specifically “in order to limit the impact on weekend and holiday traffic.”

In September, the operator agreed to a pay raise of 1.5% with a larger union, EVG, which includes around 215,000 of its employees. GDL, which has a reputation for hardline negotiations, did not participate in those talks.

It will be the first time Deutsche Bahn workers have gone on strike since December 2018, when a walkout organized by EVG caused widespread traffic disruptions. GDL members previously went on strikes in 2014 and 2015.