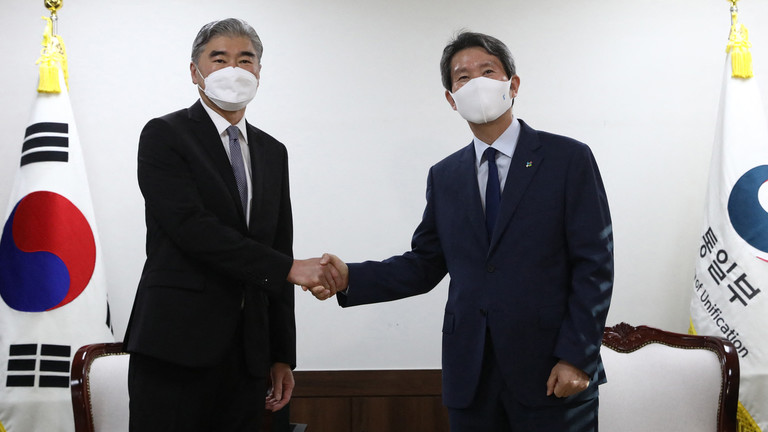 North Korea refused to answer a routine call on the inter-Korean hotline on Tuesday, after Kim Jong-un’s sister accused South Korea of behaving deceitfully by proceeding with a planned annual joint military drill with the US.

South Korea and the United States are due to begin computer-simulated exercises next week, as part of annual joint military drills, with initial training kicking off on Tuesday morning.

Pyongyang refused to participate in the regularly scheduled call with Seoul after Kim Yo-jong, the sister of the North Korean leader, accused South Korea of engaging in “perfidious behavior” by holding the military exercises. In a statement released to North Korean state media, Kim called the joint drill an “act of self-destruction,” which will carry a “dear price” if South Korea continues to “imperil the situation on the Korean peninsula.”

Normally, North Korea and South Korea engage in a call over the hotline twice a day. However, while Pyongyang answered the phone as normal on Tuesday morning, the second call was ignored, and the North has not offered any official explanation for failing to answer.

The hotline between North and South Korea was restored back in June after it had been severed 12 months prior by Pyongyang amid souring relations. Following the decision to cut communications, North Korea destroyed the inter-Korean border office in Kaesong, which had been used to help improve communication.

The unanswered phone call risks efforts by South Korea’s government to reopen the joint liaison office and hold conversations about organizing a summit to discuss building further ties between the two countries.

Both the United States and South Korea have refused to respond directly to North Korea’s criticism of the joint military drills. However, Seoul said that both America and South Korea are still discussing the scale and timing of the annual exercises.