Home Politics Regional Countries can Guarantee their Own Security: Shamkhani 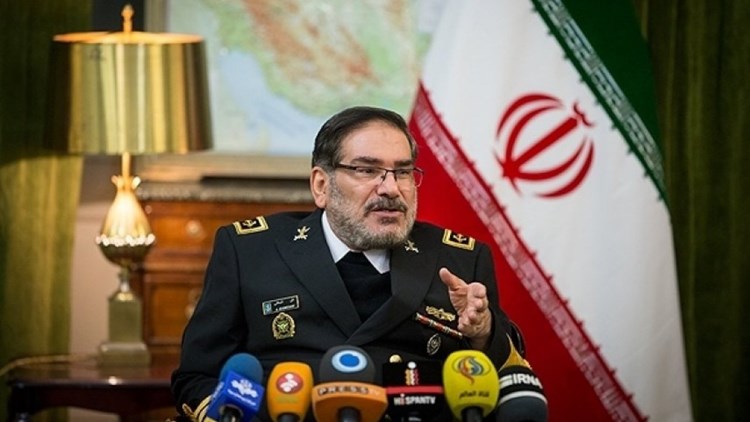 The Secretary of Iran’s Supreme National Security Council, Admiral Ali Shamkhani, announced that his country is “closely monitoring the suspicious behavior of the US, Britain, and “Israel” in the region.”

During a meeting with Fouad Hussein, Iraqi Foreign Minister, Shamkhani stressed that “the continued dangerous and evil presence of the US Army, along with its interference in internal affairs of the region would continue to worsen conditions in the area.”

Shamkhani assured that countries in the region are able to maintain their security without external interference. He stressed that “Iran is fully aware of the goals and objectives that ae taking place behind the scenes and fully prepared to neutralize the conspiratorial schemes that affect the stability of the region.”

Shamkhani discussed how the US utilized punitive measures against resistance forces who were fighting terrorism in countries such as Iraq, Lebanon, and Syria, while Washington allowed terror groups to continue massacres against the people of the region.

He also called on the Secretary Supreme Council for National Security to activate the agreements between Baghdad and Tehran, which establish strengthening and expand cooperation of the two countries.

Shamkhani called on the Iraqi government to work on expelling terrorist armed groups present in northern Iraq “before Iran is compelled to take steps to deter them.”

On his end, the Iraqi Foreign Minister stated that “the political and social stability in Iran has a positive reflection on Iraq and its citizens,” describing any “terrorist act against Iran from Iraq contradicts the principles of the Iraqi government.”

He also detailed that there would be harsh consequences for these groups.

Iraqi Foreign Minister Fuad Hussein arrived in Tehran on Tuesday, where he met with Muhammad Javad Zarif, according to Iranian news agency ISNA.

The minister of Iraq’s visit coincides with Iraq hosting a “regional conference” at the end of August, in which multiple neighboring leaders are invited.