Home Politics All Roads Lead to the Battle for Kabul 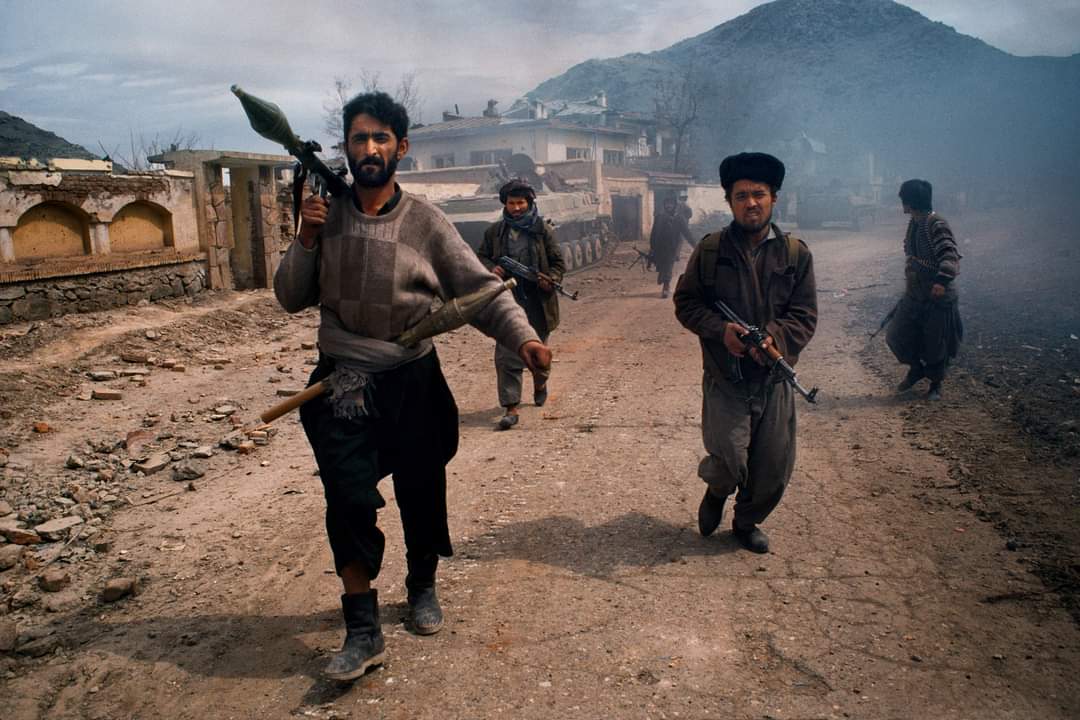 The ever-elusive Afghan “peace” process negotiations re-start this Wednesday in Doha via the extended troika – the US, Russia, China and Pakistan. The contrast with the accumulated facts on the ground could not be starker.

In a coordinated blitzkrieg, the Taliban have subdued no less than six Afghan provincial capitals in only four days. The central administration in Kabul will have a hard time defending its stability in Doha.

It gets worse. Ominously, Afghan President Ashraf Ghani has all but buried the Doha process. He’s already betting on civil war – from the weaponization of civilians in the main cities to widespread bribing of regional warlords, with the intent of building a “coalition of the willing” to fight the Taliban.

The capture of Zaranj, the capital of Nimruz province, was a major Taliban coup. Zaranj is the gateway for India’s access to Afghanistan and further on to Central Asia via the International North-South Transportation Corridor (INSTC).

India paid for the construction of the highway linking the port of Chabahar in Iran – the key hub of India’s faltering version of the New Silk Roads – to Zaranj.

The Taliban are meticulously implementing a strategic master plan. There’s no smoking gun, yet – but highly informed outside help – Pakistani ISI intel? – is plausible.

First, they conquer the countryside – a virtually done deal in at least 85% of the territory. Then they control the key border checkpoints, as with Tajikistan, Turkmenistan, Iran and Spin Boldak with Balochistan in Pakistan. Finally, it’s all about encircling and methodically taking provincial capitals – that’s where we are now.

The final act will be the Battle for Kabul. This may plausibly happen as early as September, in a warped “celebration” of the 20 years of 9/11 and the American bombing of 1996-2001 Talibanistan.

What’s going on across the north is even more astonishing than in the southwest.

The Taliban have conquered Sheberghan, a heavily Uzbek-influenced area, and took no time to spread images of fighters in stolen garb posing in front of the now-occupied Dostum Palace. Notoriously vicious warlord Abdul Rashid Dostum happens to be the current Afghan vice-president.

The Taliban’s big splash was to enter Kunduz, which is still not completely subdued. Kunduz is very important strategically. With 370,000 people and quite close to the Tajik border, it’s the main hub of northeast Afghanistan.

Kabul government forces have simply fled. All prisoners were released from local jails. Roads are blocked. That’s significant because Kunduz is at the crossroads of two important corridors – to Kabul and Mazar-i-Sharif. And crucially, it’s also a crossroads of corridors used to export opium and heroin.

The Bundeswehr used to occupy a military base near Kunduz airport, now housing the 217th Afghan Army corps. That’s where the few remaining Afghan government forces have retreated.

The Taliban are now bent on besieging the historically legendary Mazar-i-Sharif, the big northern city, even more important than Kunduz. Mazar-i-Sharif is the capital of Balkh province. The top local warlord, for decades, has been Atta Mohammad Noor, who I met 20 years ago.

He’s now vowing to defend “his” city “until the last drop of my blood.” That, in itself, spells out a major civil war scenario.

The Taliban endgame here is to establish a west-east axis from Sheberghan to Kunduz and the also captured Taloqan, the capital of Takhar province, via Mazar-i-Sharif in Balkh province, and parallel to the northern borders with Turkmenistan, Uzbekistan and Tajikistan.

If that happens, we’re talking about an irreversible, logistical game-changer, with virtually the whole north escaping from the control of Kabul. No way the Taliban will “negotiate” this win – in Doha or anywhere else.

An extra astonishing fact is that all these areas do not feature a Pashtun majority, unlike Kandahar in the south and Lashkar Gah in the southwest, where the Taliban are still fighting to establish complete control.

The Taliban’s control over almost all international border crossings yielding customs revenue leads to serious questions about what happens next to the drug business.

Will the Taliban again interdict opium production – like the late Mullah Omar did in the early 2000s? A strong possibility is that distribution will not be allowed inside Afghanistan.

After all, export profits can only benefit Taliban weaponization – against future American and NATO “interference.” And Afghan farmers may earn much more with opium poppy cultivation than with other crops.

NATO’s abject failure in Afghanistan is visible in every aspect. In the past, Americans used military bases in Uzbekistan and Kyrgyzstan. The Bundeswehr used the base in Termez, Uzbekistan, for years.

Termez is now used for Russian and Uzbek joint maneuvers. And the Russians left their base in Kyrgzstan to conduct joint maneuvers in Tajikistan. The whole security apparatus in the neighboring Central Asian “stans” is being coordinated by Russia.

China’s main security priority, meanwhile, is to prevent future jihadi incursions in Xinjiang, which involve extremely hard mountain crossings from Afghanistan to Tajikistan and then to a no man’s land in the Wakhan corridor. Beijing’s electronic surveillance is tracking anything that moves in this part of the roof of the world.

This Chinese think tank analysis shows how the moving chessboard is being tracked. The Chinese are perfectly aware of the “military pressure on Kabul” running in parallel to the Taliban diplomatic offensive, but prefer to stress their “posing as an aggressive force ready to take over the regime.”

This leads to characteristic Chinese foreign policy caution, with practically an advice for the Taliban not to “be too big,” and try “to replace the Ghani government in one fell swoop.”

How to prevent a civil war

So is Doha DOA? Extended troika players are doing what they can to salvage it. There are rumors of feverish “consultations” with the members of the Taliban political office based in Qatar and with the Kabul negotiators.

The starter will be a meeting this Tuesday of the US, Russia, Afghanistan’s neighbors and the UN. Yet even before that, the Taliban political office spokesman, Naeem Wardak, has accused Washington of interfering in internal Afghan affairs.

Pakistan is part of the extended troika. Pakistani media is all-out involved in stressing how Islamabad’s leverage over the Taliban “is now limited.” An example is made of how the Taliban shut the key border crossing in Spin Boldak – actually a smuggling haven – demanding Pakistan ease visa restrictions for Afghans.

Now that is a real nest of vipers issue. Most old school Taliban leaders are based in Pakistan’s Balochistan and supervise what goes in and out of the border from a safe distance, in Quetta.

Extra trouble for the extended troika is the absence of Iran and India at the negotiating table. Both have key interests in Afghanistan, especially when it comes to its hopefully new peaceful role as a transit hub for Central-South Asia connectivity.

Moscow from the start wanted Tehran and New Delhi to be part of the extended troika. Impossible. Iran never sits on the same table with the US, and vice-versa. That’s the case now in Vienna, during the JCPOA negotiations, where they “communicate” via the Europeans.

New Delhi for its part refuses to sit on the same table with the Taliban, which it sees as a terrorist Pakistani proxy.

There’s a possibility that Iran and India may be getting their act together, and that would include even a closely connected position on the Afghan drama.

What this would imply in the near future is increased Indian investment in the INSTC and the India-Iran-Afghanistan New Silk Road corridor. Yet that’s not going to happen with the Taliban controlling Zaranj.

Beijing for its part is focused on increasing its connectivity with Iran via what could be described as a Persian-colored corridor incorporating Tajikistan and Afghanistan. That will depend, once again, on the degree of Taliban control.

But Beijing can count on an embarrassment of riches: Plan A, after all, is an extended China-Pakistan Economic Corridor (CPEC), with Afghanistan annexed, whoever is in power in Kabul.

What’s clear is that the extended troika will not be shaping the most intricate details of the future of Eurasia integration. That will be up to the Shanghai Cooperation Organization (SCO), which includes Russia, China, Pakistan, India, the Central Asian “stans” and Iran and Afghanistan as current observers and future full-members.

So the time has come for the SCO’s ultimate test: how to pull off a near-impossible power-sharing deal in Kabul and prevent a devastating civil war, complete with imperial B-52 bombing