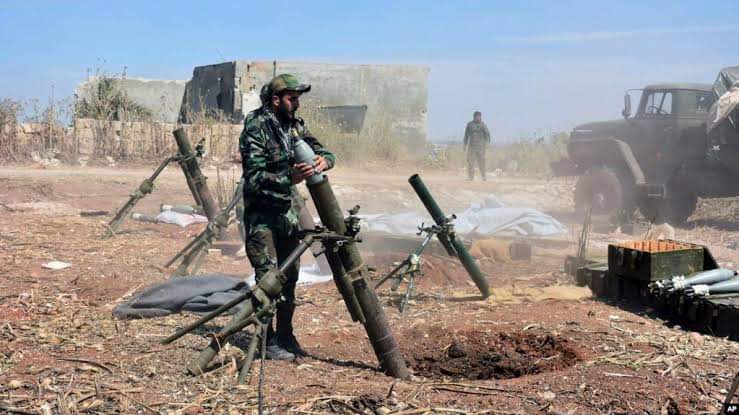 Early on August 12, local fighters in the northern countryside of Daraa attacked positions of the Syrian military and intelligence.

The fighters attacked posts of the Syrian Arab Army (SAA) in the center of the town of Nawa with machine guns and rocket-propelled grenades. Some fighters also targeted an army checkpoint located on the road leading to the nearby town of Tasil.

At the same time, local fighters in Jasim attacked the town’s cultural center, where a force of the General Intelligence Directorate (GID) is situated.

The attacks, which were apparently meant to pressure Syrian authorities, didn’t inflict any losses on the SAA and the GID. However, losses were reported among the attackers. Earlier this month, the SAA and other government forces redeployed their troops in Daraa and fortified their positions in preparation for such surprise attacks.

Syrian authorities are still besieging Daraa al-Balad, the southern part of Daraa city, where more than a hundred wanted fighters are taking shelter.

Russia has been facilitating talks between the authorities and local leaders to resolve the crisis in Daraa al-Balad peacefully. On August 12, a Russian military delegation visited the eastern countryside of Daraa to inspect government checkpoints and hold talks with the locals.

Despite Russia’s efforts, an agreement for the crisis in Daraa al-Balad is yet to be reached. Local leaders are still refusing to accept the demands of Syrian authorities who want to expel wanted fighters from the area and deployed SAA personnel there.