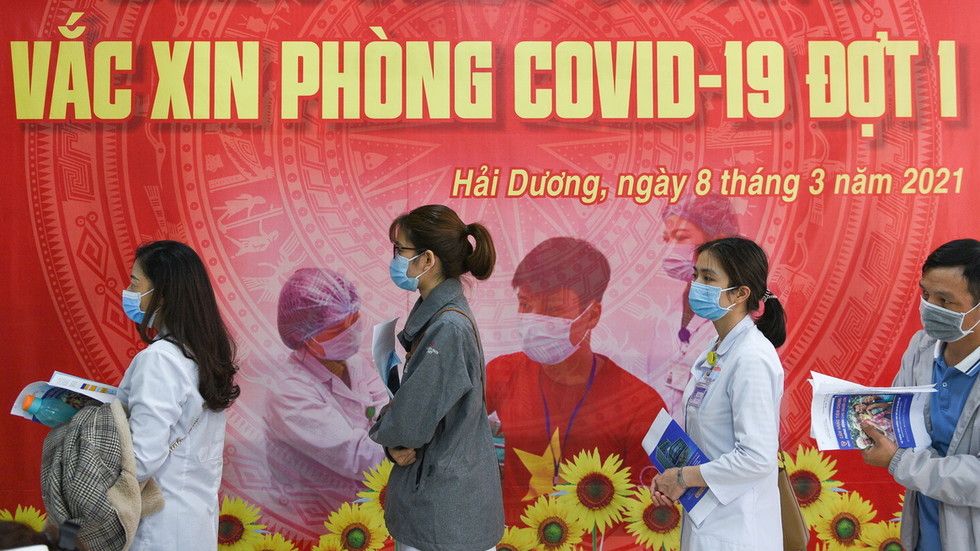 “To win this fight in the face of the epidemic, access to the vaccine must be global and equitable,” Macron wrote on Twitter, explaining the gesture.

Vietnam, which used to be among the world leaders in containing Covid-19 when the pandemic started in early 2020, is now seeing a rise in cases, as the country has been hit hard by a global shortage in vaccine supply and slow vaccination rates.

The Southeast-Asian state, which has a population of over 96 million people, has so far been able to secure just 19 million doses of vaccines from AstraZeneca, Moderna, Pfizer, and Sinopharm.

The Vietnamese vaccination campaign is also running far behind the government’s target of inoculating 70% of the public by the end of 2021. So far, only one percent of citizens have received both doses of a vaccine.

France, where more than 50% of people are fully vaccinated, is sending the shots to Vietnam as part of the COVAX scheme, launched in February to facilitate the access to vaccines for poorer countries.

The vaccine-sharing program is run by the Gavi alliance of governments, drug makers, and charities in cooperation with the likes of the World Health Organization (WHO), UNICEF, and the World Food Programme.

COVAX initially set a goal of securing some two billion doses by the end of the year. But this was later reduced due of supply challenges, after rich countries were accused of hoarding jabs and a near-blanket ban was placed on exports by major vaccine makers India, due to a health crisis in the country.

The program now aims to deliver 1.8 billion jabs to lower-income economies by the first quarter of 2022. Currently, around 200 million vaccine doses have been sent to some 140 countries as part of the COVAX scheme.