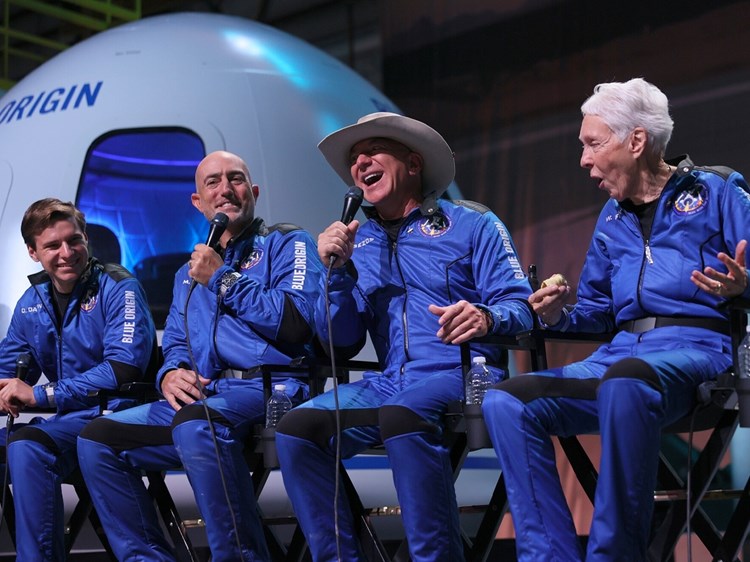 Once again, people are furious at Jeff Bezos.

After his trip to space in a rocket designed by his company Blue Origin, Amazon’s founder flaunted his wealth in front of his workers and the press, stating that he wants “to thank every Amazon employee and every Amazon customer, because you guys paid for all of this.”

Many have viewed this as a sick display of detachment with the populace’s reality, the act of a man who can no longer understand the fears and concerns of the average citizen.

In response to Bezos’ discourteous showmanship, among other reasons, many users have since canceled their subscription from Amazon’s successful Prime service, which costs users $120 annually.

For many, this decision was a long time in the making and Bezos’ speech was the final straw.

One Facebook post read: “I just canceled my Amazon Prime membership and feel GREAT about it. I am overpaying to shop on a website and for a zillionaire’s rocket ride.”

For other users, canceling their subscription was not simply a gesture refuting the billionaire’s disregard for their pockets, but an act of defiance against a company long-known for the mistreatment of its warehouse workers, as well as their strong-arming of book publishers if the latter did not comply with Amazon’s ridiculous financial demands.

Katy, a user who just canceled her subscription, viewed Bezos’ trip and his subsequent statement as “a spectacle of a single person amassing so much wealth that they simply have lost touch with the reality for the average person.”