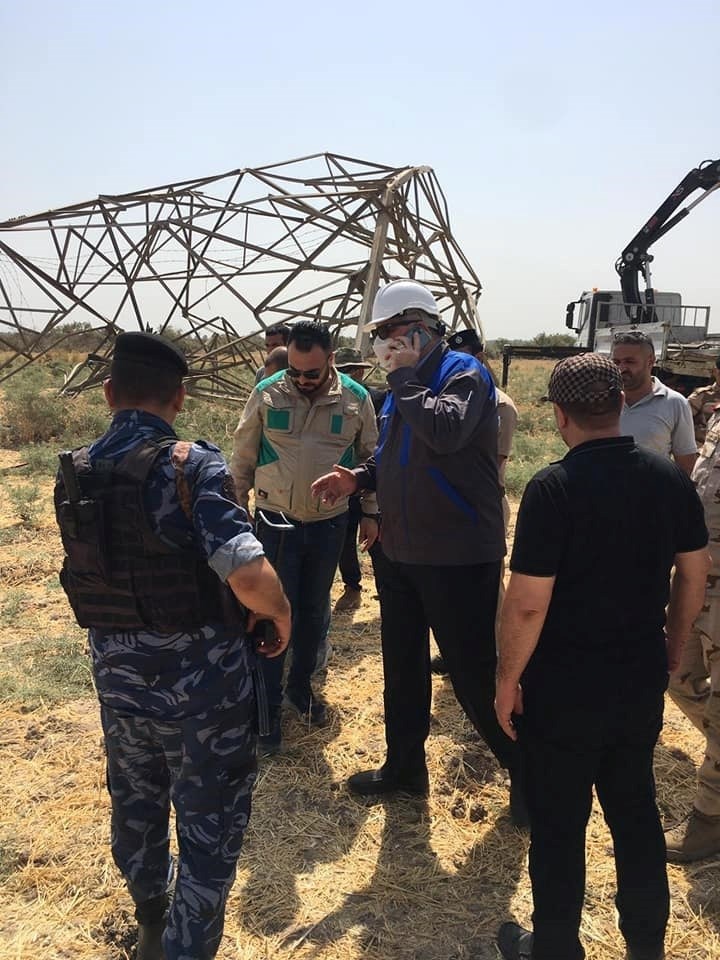 According to a statement by the Iraqi Ministry of Electricity: “Both Nasr-Karkh and Tarmiyah-Karkh electric power transmission lines were damaged today by detonated explosive devices.”

“The explosion caused severe damage to the towers of the electric power lines,” according to the statement, as “immediate actions were taken to speed the completion of the essential maintenance and return them to service.”

Several electrical transmission towers and stations in several Iraqi governorates have been sabotaged in recent days, resulting in the suspension or reduction of electrical power supplies across significant portions of Iraq.

The Ministry of Electricity announced the mobilization of all its capabilities to reconstruct the towers and serve its citizens.

The Iraqi Ministry of Electricity announced on August 5 that 14 power transmission towers were blasted in the Salah ad-Din governorate.

On June 28, the Iraqi Ministry of Electricity stated, “a terrorist attack perpetrated by ISIS targeted the Salah ad-Din thermal station in Samarra.”

On the 2nd of July, Iraq experienced a near-total power outage, which coincided with temperatures surpassing 50 degrees Celsius.