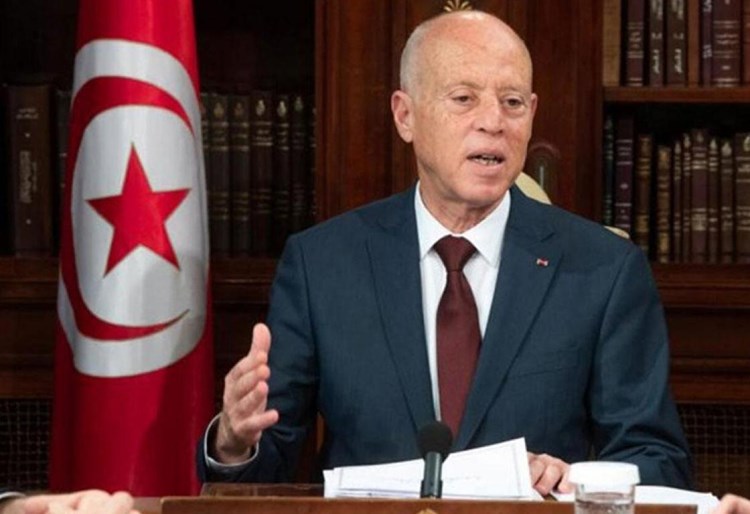 Tunisian President Kais Saied affirmed his adherence to the decisions he took recently.

During his meeting today with the National Disaster Response Committee, Saied stated that he “vows the people to move forward” noting that his decisions “respect the constitutional and legal procedures.”

In his speech, Saied touched on the fires that erupted in the country, describing them as “fabricated”, stressing that “lawful punishment will be imposed on everyone who participates in igniting them, further contributing to the abuse of the Tunisian people.”

The Civil Defense in Tunisia had announced earlier that rising temperatures had fueled the outbreak of about 30 fires in scattered mountainous areas, north, west, and center of the country, where many families were evacuated.

Since Monday, the authorities have recorded the outbreak of 28 fires, 8 of which are still active as of Thursday, in mountainous areas of the Jendouba governorate in the northwest of the country.

However, the causes of the fires remain unknown until now, as they coincide with a heatwave hitting the country with record temperatures recorded Tuesday and Wednesday in areas in the north and center, according to the National Meteorological Observatory.

President Saied had previously taken several decisions, beginning July 25, by announcing the exemption of Prime Minister Hisham Al-Mashishi from his duties, his assumption of the executive authority, and the freezing of the work of the Parliament, after chairing an emergency meeting of military and security leaders, following the return of protests to several Tunisian cities.