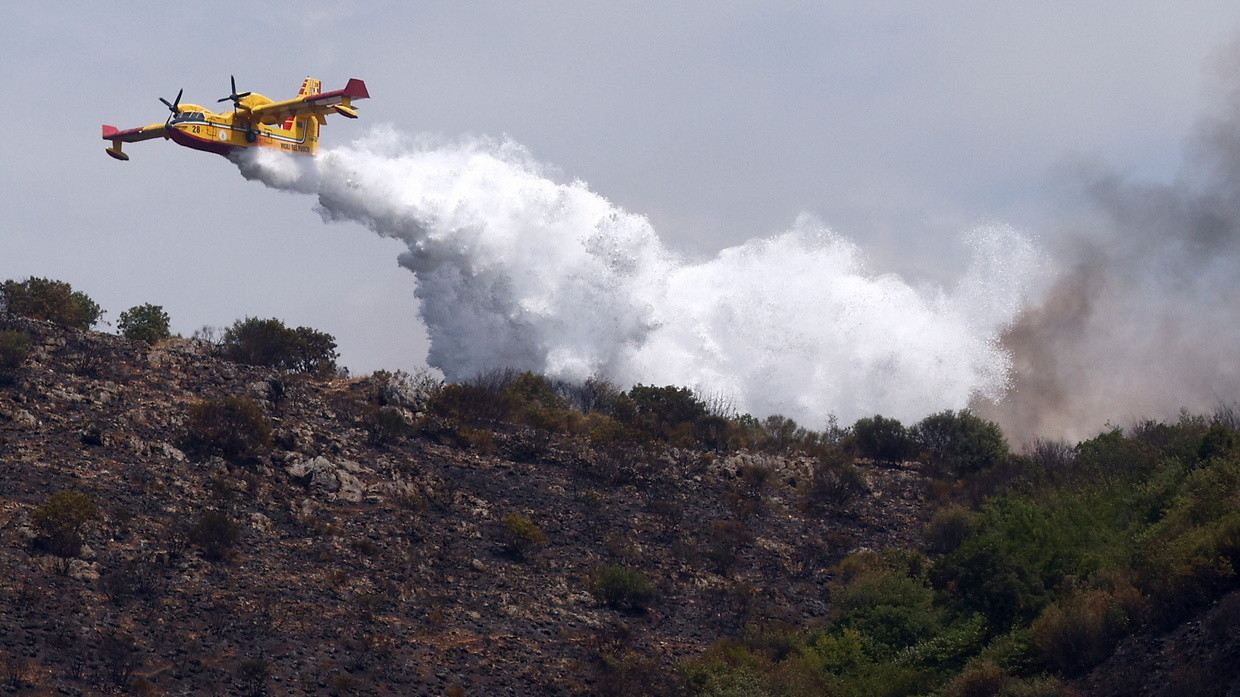 Italian authorities have evacuated 25 families from their homes to the east of Rome as a wildfire spread through the Monte Catillo nature reserve and temperatures in some parts of the country neared 50 Celsius.

On Friday, the Italian fire brigade said that they had evacuated 25 families overnight as the emergency services battled a dangerous blaze in the Monte Catillo nature reserve, near the Rome suburb of Tivoli, amid scorching temperatures on the peninsular.

A video shared online by the fire brigade shows burnt-out buildings and scorched land as well as images from the night’s rescue work. They added that firefighters were still battling to contain the blaze on two fronts – Marcellina and San Polo dei Cavalieri. Seven teams remained active in containing the blaze, including a Canadair water bomber.

A further 30 residents of a home for poor and orphaned children were also evacuated.

The Italian capital has seen temperatures reach around 37 degrees Celsius (99 Fahrenheit) in recent days. On Wednesday, the mercury almost hit 49 Celsius in south-eastern Sicily, the highest ever recorded in Europe.

Italy, like other nations on the Mediterranean, has battled forest fires throughout the summer, with wildfires tearing through woodland in Calabria, and blazes occurring on the islands of Sicily and Sardinia.