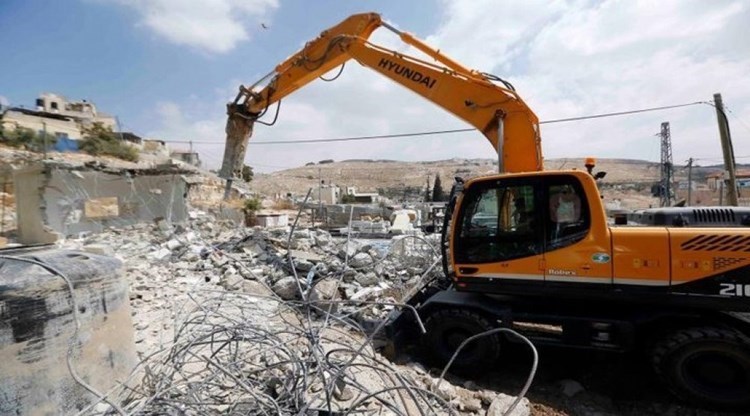 The occupation forces in al-Quds forced five members from one family to demolish their homes in Beit Hanina, north of the city.

Members of the Khodor family proceeded to demolish five of their residences in the Aishwarya neighborhood of Beit Hanina with bulldozers.

The occupation court had rejected the family’s request to stop the demolition of the houses a week ago, forcing them to bring their homes down for the settlers who claim ownership of the land.

The five houses belong to the resident of al-Quds Abdullah Khodor, who lives with his children and their wives.

According to reports by the Palestinian media, Khodor said: “We are steadfast. This land is our life.”

Khodor suffered a stroke after his house was demolished even though he possessed identification papers confirming his right to the house, however, the Israeli court forced him to demolish the house on the grounds of “not having a permit.”

Khodor refused the occupation’s attempts to bargain with him to vacate his house and said, “If they give me paradise, I will not leave my home. This is my home, the home where my children and grandchildren were born.”