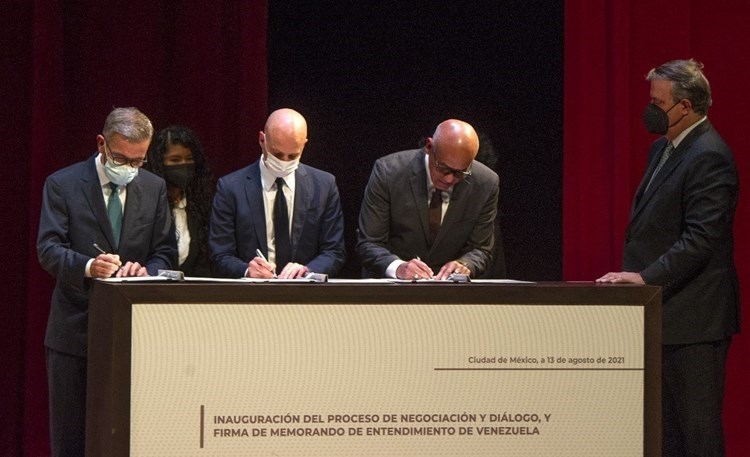 The Venezuelan government and the opposition in Mexico City signed a “memorandum of understanding” on Friday to start negotiations aimed at ending the five-year political impasse in the country.

Representatives of the two sides agreed to meet on the 30th of this month in Mexico to discuss a 7-point agenda, which does not include the departure of President Nicolas Maduro.

President Maduro had announced earlier his readiness to conduct negotiations with the opposition and confirmed that negotiations are scheduled to discuss lifting the sanctions imposed on the country.

He noted that the government spokesmen have already communicated with various opposition delegations to address the necessary issues to reach partial agreements on peace and sovereignty, which include lifting the sanctions imposed on his country.