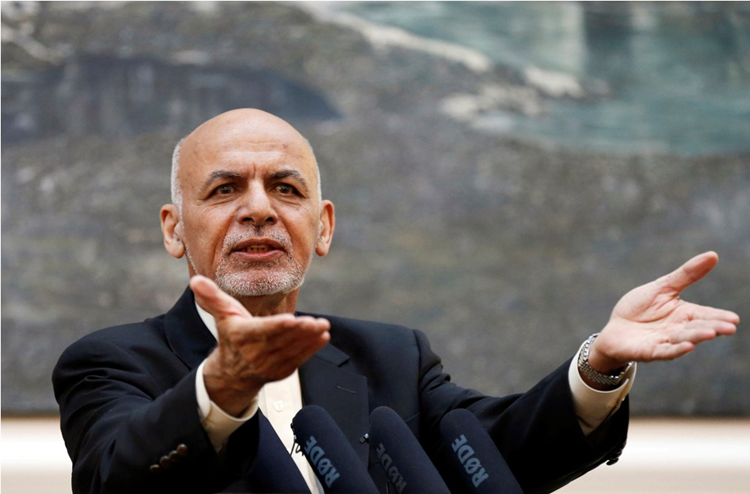 An Afghan presidency source said Sunday President Ashraf Ghani agreed to resign in light of the deteriorating situation in the country. He clarified that rumors of appointing former Minister of Interior Ali Ahmad Jalali as interim Prime Minister are “rumors.”

President Ghani agreed to resign, the source added to Sputnik. He said it is improbable for fighting to break out in Kabul because the Taliban did not intend to take Kabul “by force,” as per a statement issued on Sunday.

He also denied news about Abdul Ghani Baradar being appointed as president, labeling them as “rumors.”

The source said the ongoing crisis would last for two to three days.

The president’s office told Reuters they “cannot say anything about Ashraf Ghani’s movement for security reasons.”

At the same time, a Taliban representative, which captured Afghanistan’s capital earlier, said the movement is checking Ghani’s location.

The Taliban had arrived at the Presidential Palace in Kabul, and Afghan Minister of Interior Abdul Sattar Mirzakwal said there would be a “peaceful transfer of power.”

Al Mayadeen‘s correspondent quoted a source in Kabul saying, “The Taliban is besieging the entrances to the capital, but it has not entered it yet,” stressing that there is great chaos in the capital.

The source indicated that there is a presidential airplane that may be transporting President Ashraf Ghani, warning that there is tension in government circles in Kabul as Ghani’s transportation is expected.

It is noteworthy that Afghan media and sources reported that the Taliban had captured all border crossings in Afghanistan.