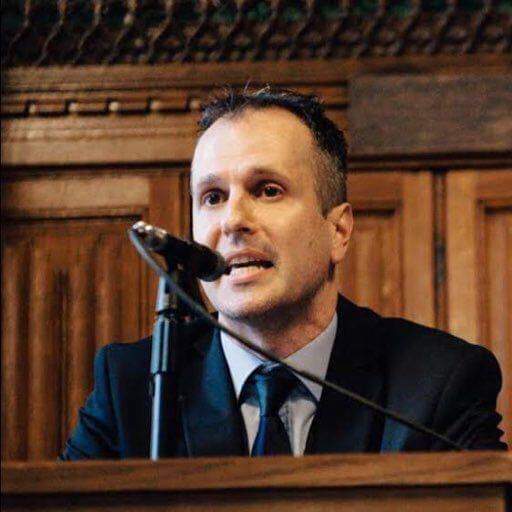 “America will continue with its economic war against Iran”, Dr. Marcus Papadopoulos interviewed

During the past ten years, Iran and Saudi Arabia have struggled for dominance in the Middle East, which has raised fears of a US military intervention.  The proxy wars in Syria and Yemen are prime examples of the two powers jockeying for position.  The Biden administration is negotiating with Iran, but has not radically changed US foreign policy in the region. Some analysts say that both Iran and Saudi Arabia are looking to lower tensions in the region.

Dr. Marcus Papadopoulos is a historian, analyst and author of the new book, “Arise, Rossiya: The Return of Russia to World Politics”.  Marcus holds a PhD in twentieth-century Russian history from Royal Holloway, University of London, and is a regular commentator on both mainstream and alternative news channels.  Further, Marcus is a member of the Parliamentary Press Gallery of the United Kingdom, in his capacity as publisher and editor of Politics First.

1.  Steven Sahiounie (SS):  On July 29, a Japanese ship, which was managed by an Israeli businessman, was attacked near Oman.  In your opinion, is there any advantage for Iran to carry out this attack, or could it be Israel instigating the chaos to provoke a military response from the US?

Marcus Papadopoulos (MP):  The Middle East is the most conflict-prone region in the world; a region so volcanic that a war there could escalate into a global conflict, pitting great powers against each other.  Thus, it is entirely conceivable that governments in the Middle East, looking to safeguard or expand their power and influence in the region, seek to enlist the support of global powers so as to satisfy their ambitions.  In the case of the Israeli-managed ship that was attacked off the coast of Oman, neither Tel Aviv, nor, indeed, Washington or London, have provided any substantially persuasive evidence to corroborate their assertion that Tehran was behind the attack – an attack that, I must add, we know little about in terms of information and documented evidence.  Whilst Iran has, as a result of the Iranian Revolution, established a robust economy serving a large, well-led, well-motivated, well-equipped, competent armed forces, capable of both defensive and offensive warfare, the Iranian authorities are, nevertheless, under no illusion as to the zeal of Israel, America, and Britain to annihilate the Iranian state.  Accordingly, it would not be prudent for Tehran to undertake any action which could provide Tel Aviv, Washington, and London with a pretext to take clinical and sustained action against Iran, with the objective of overthrowing the Iranian Government.  However, it is plausible to contend that Israel would be inclined to goad America, and Britain, too, into taking military action against Iran so as to eliminate Tel Aviv’s most lethal of enemies and thereby remove, too, the main element in the resistance movement to Israeli aggression in the Middle East.

2.  SS:  Israel claims Iran attacked the ship, the Mercer Street; however, Iran denies involvement, and there is no proof. Will this situation lead to war?

MP:  If this question is asked in the context of a conventional war, then the answer is a categorical no.  Because for America and Britain to conduct a               military campaign against Iran, the pretext would have to be on an enormous scale, such as claiming that Iran carried out a terrorist act in an American city, or that Tehran is developing nuclear weapons to use against Western strategic partners in the Middle East, such as Israel or Saudi Arabia, or that the Iranians are building nuclear weapons to employ directly against either America or Britain.

As regards a conventional attack by Israel on Iran, I would also say a categorical no.  Whilst many Israeli policy-makers and military officials are champing at the bit, so to speak, for war with Iran, Tel Aviv would be faced with a logistical nightmare in conducting and sustaining a military operation against the Iranians on account of how Israel and Iran do not share a border with one another, together with how there is a distance in excess of one thousand miles separating the two implacable enemies.  However, if the question is asked in the context of a clandestine war, then my answer would be a very possible yes in regard to Israel.  Tel Aviv could exploit the Mercer Street incident by assassinating a high-ranking Iranian official, or an eminent Iranian scientist, and then claim, as the justification, its traditional and exceedingly tenuous argument of self-defense, which, quite frankly, makes a mockery of the very concept of self-defense.

3. SS:  The Saudi Arabian foreign policy seems to be softening towards Iran. Saudi Arabia has said they support a new nuclear deal between Iran and the west. Was it the US who prompted Saudi Arabia to turn down the tension?

MP:  I do not hold the opinion that Saudi Arabia is taking a more conciliatory approach to Iran.  After all, Saudi Arabia’s loathing of Iran is equal to that of Israel, America, and Britain’s hatred of Iran, while Riyadh’s desire to see the eradication of the Iranian Revolution burns as fierce, so to speak, as that of Tel Aviv, Washington, and London’s.  However, with Saudi Arabia bogged down in what appears to be an unwinnable war in Yemen, coupled with regular and significant losses for the Saudi Arabian military at the hands of the Houthis, it is plausible that Riyadh endeavors to take steps which would, in Saudi eyes, limit Iranian power, which has been growing considerably in recent years.

4. SS:  What is the current status on negotiations to create a new Iran nuclear deal?  Will the new Iranian administration and president go through with a new deal?

MP:  For there to be a new Iran nuclear agreement, the Biden administration would have to rescind the Trump-era sanctions on Iran, and this will simply not happen.  Despite his public support for the JCPOA, Biden, a self-proclaimed Zionist, seeks the end of the Iranian Revolution and the return of Iran as an American vassal state.  Accordingly, Biden understands that the sanctions which Trump imposed on Iran are both considerable and severe for the Iranian economy hence Biden would not wish to relieve the Iranian authorities of the added strain that Iran has been experiencing since the imposition of Trump’s sanctions.  The truth be is that whoever sits in the White House, either Democrat or Republican, he or she seeks the dismantling of the Iranian Revolution so as to remove a strong opponent to Western supremacy in the Middle East, and, particularly so, in the Persian Gulf.  As regards the new Iranian president, Ebrahim Raisi will not consent to a new nuclear agreement because firstly, the JCPOA is  still in force and Iran is still signed up to it; and secondly, America withdrew itself from the JCPOA and therefore the onus is on Washington  to return to the agreement, not for a new agreement to be created simply because Washington dictates so.

5. SS:   Iran’s new president, Ebrahim Raisi, has said that nuclear weapons have no place in the defense strategy of Iran, and added, that sanctions against Iran must be lifted and he will support any diplomatic plan that achieves that goal. In your opinion, do you think the US will lift sanctions on Iran?

MP:  Under no circumstances will America rescind its sanctions on Iran.  And from Washington’s perspective, that is entirely logical.  Because Iran, on its own, constitutes a major challenge to American mastery in the Persian Gulf, let alone the actuality that Iran is part of what I describe in my new book as an unofficial alliance comprising Russia, Syria, and Hezbollah, which is challenging and limiting the influence, power, and    maneuverability of the informal strategic partnership between America, Britain, Israel, and Saudi Arabia, which has, for decades now, ensured  Western mastery in the Middle East.  Accordingly, America will continue with its economic war against Iran, in the form of sanctions on the Iranian  economy, as the most viable means to suffocate to death the Iranian economy.