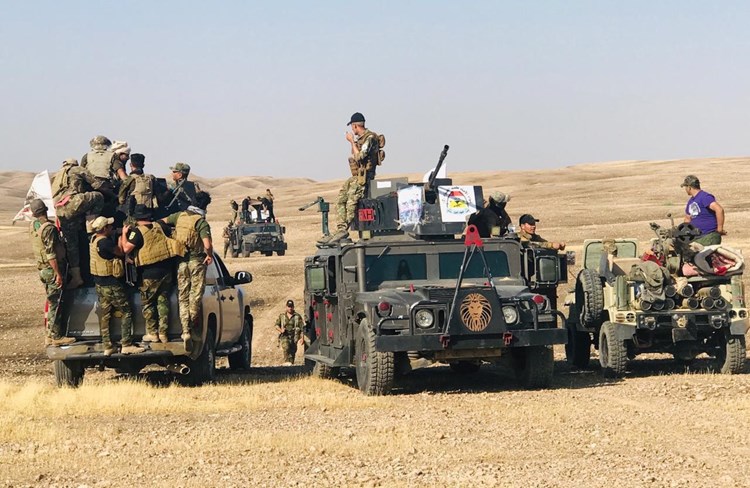 The Iraqi Armed Forces started, along with the Popular Mobilization Forces, a large-scale search operation for ISIS remnants throughout Nineveh in northern Iraq.

Additionally, the Iraqi Armed Forces and the PMF started the second day of Muharram Operations to search and secure Tarmiyah, a town in Salah al-Din Governorate.

The joint forces made advances backed by the Iraqi armed forces’ aircraft to secure the northern Baghdad areas from ISIS remnants, which were aiming to launch attacks on the areas during Muharram to target pilgrims.

The Iraqi Parliamentary Security and Defense Committee declared its intention to discuss six issues, the most prominent of which is ISIS remnants ‘ movements in Nineveh.

The head of the committee, MP Mohammad Rida Al-Haidar, raised concerns regarding the remnants ‘ latest movements, saying they constitute a danger in several areas of the city. He added that security, crimes, and drug trafficking would be the focal point of the discussions.

The Iraqi Security Media Cell announced Saturday the launch of a large-scale, air-supported operation to track down ISIS remnants.

Security and military operations against ISIS continue in Iraq, as the Iraqi Counter-Terrorism Service was able to arrest 14 ISIS terrorists in several Iraqi governorates.

On July 31, a terrorist attack targeted a funeral in Salah al-Din Governorate, killing eight and wounding 19.