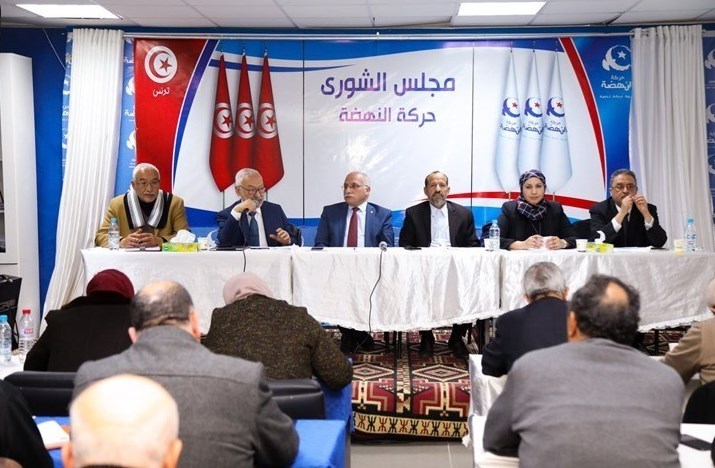 The Movement’s executive office met to discuss a number of domestic and foreign issues, according to its statement. The first was that President Saied must lift the blockage on Parliament, allowing it to resume its regular function in accordance with the constitution. Second, the President should stop the violations he is committing, as they are endangering Tunisia’s long-standing democratic experience.

Furthermore, Ennahda’s statement reminds President Saied that political issues can only be handled via discussion and that he should not be lured into regional or international conflicts.

In a statement, Ennahda stated that appointing a prime minister is necessary and urgent for a national government based on competencies; the president should lift the siege on the Prime Minister’s office in the Kasbah so that he can resume his duties. Furthermore, the campaign opposed arbitrary tactics such as detaining him at his home without a judicial order and no justification, saying it is unconstitutional.

It also warned of the country’s current political situation’s economic and financial consequences, and urged all political parties, as well as national and human rights organizations, to respond to the call for dialogue.

Finally, the Ennahda movement’s statement urged Tunisians to unify behind the cause and uphold its beliefs.

Rached Ghannouchi remarked that Saied’s initiatives must be turned into a chance for reform, according to a spokesman for the Ennahda Assembly Council.

The Tunisian president had stated in early August that the threat to states came from internal conflicts and social divisions, rather than from external threats.