Home Politics China: The United States Destroys, Rather Than Rebuilds 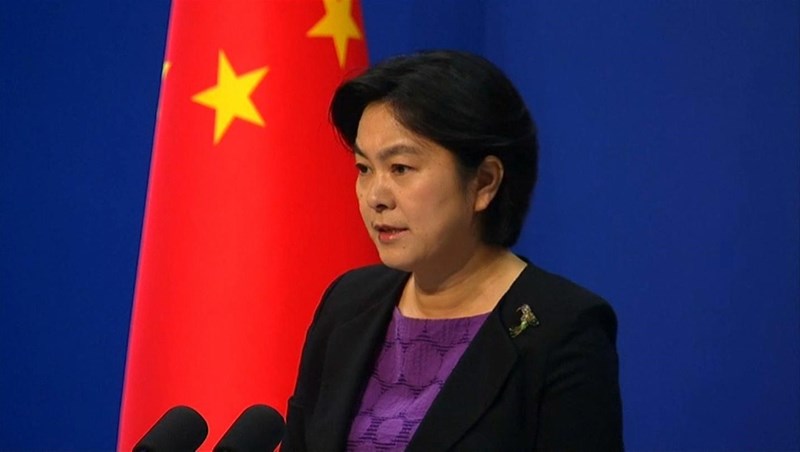 China, which shares a border with Afghanistan, accused the US today of leaving a dreadful mess in its wake after withdrawing from Afghanistan. She recalled footage that has been widely circulated in the media, showing Afghan citizens attempting mass escapes at Kabul Airport.

The death toll from the United States’ two-decade intervention in Afghanistan was strongly denounced by a Chinese Foreign Ministry spokeswoman. Chunying went on to say that what China saw in Iraq, Syria, and Afghanistan was that the US Army left behind troubles, divisions, and distressed families, as well as others who were exterminated as it withdrew.

The Chinese spokeswoman went on to say that the US had left a dreadful mess in the region and that the situation was catastrophic.

The minister led a response to Biden’s remarks that Washington was never to build a democratic state, but rather to prevent terrorist assult on US oil. She went on to say that the US’ power and role are to destroy, not to build.

The Chinese spokeswoman, on the other hand, urged the Taliban to make a clear distinction between themselves and international terrorist organizations. She requested that they provide guarantees that Afghanistan will not become a source of terrorism and extremism again.

China and Afghanistan share a 76-kilometer common border. Because of the long shared border between the two countries, any sort of instability in Afghanistan will have an impact on China, particularly in the Xinjiang region in the northeast.

Following the Taliban’s takeover of Afghanistan, Hua Chunying stated yesterday that China is willing to strengthen friendly and cooperative relations with Afghanistan.

She went on to say that the Taliban movement has voiced its desire for good relations with China on several occasions and that the movement looks forward to China’s engagement in Afghanistan’s reconstruction and development.

A Taliban delegation visited China in late July, meeting with its foreign minister, Wang Yi, and vowed not to allow Afghan soil to be used as a base for strikes against China.