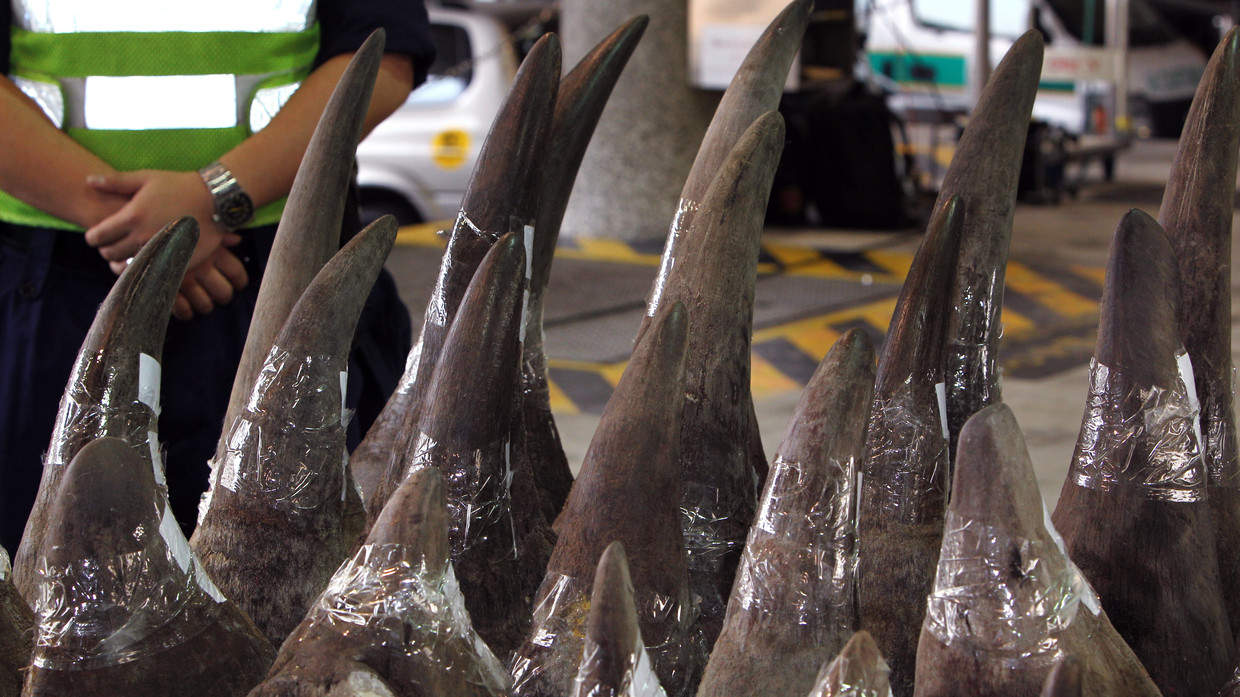 Legislators in Hong Kong introduced a new law on Wednesday reclassifying wildlife trafficking under the region’s Organized and Serious Crimes Ordinance to give authorities more power to crack down on the illegal trade.

The legislation was deemed necessary by lawmakers as, due to its busy port and transport links, Hong Kong has become a transit hub for illegally trafficked endangered animal parts traveling to mainland China.

The addition of the criminal wildlife trade to Hong Kong’s Organized and Serious Crimes Ordinance puts the illicit industry on the same level as drug smuggling or human trafficking, giving police more powers to prohibit it.

Passage of the law on Wednesday will hand police greater authority to investigate Hong Kong’s triad crime gangs, handing down harsher sentences for those involved in the wildlife trade. Courts will also see their powers extended to allow them to confiscate any financial gains from criminals engaged in illegal trafficking.

The move was welcomed by conservationists, with the World Wide Fund for Nature’s wildlife conservation manager, Jovy Chan, calling it “beneficial to collecting evidence for prosecutions in a bid to enhance the deterrent effect.”

Traffickers exploit the Hong Kong Ports for continuous trade of the world’s most endangered species of wild fauna and flora. The volume of trade is on the rise, contributing to the global extinction crisis.

According to lawmakers in the region, seizures of illegally trafficked parts of animals, including elephants, rhinos, and pangolins, rose to new heights in the last two years. In that time period, a record 8.3 tonnes of pangolin scales and 2.1 tonnes of ivory were confiscated from criminals, with 82.5 kilograms of rhino horn seized in one operation at the city’s airport.

Despite the rise in illegal shipments, a 2020 university investigation found that previous legislation was ineffective at fighting the problem, with no traffickers prosecuted for money laundering offenses related to the illegal industry and no criminal gangs indicted or disbanded for their involvement.