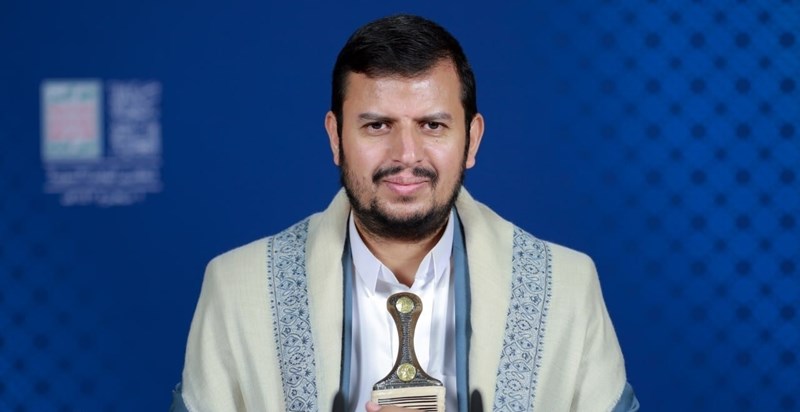 In his speech on the occasion of Ashura commemoration, al-Houthi stated that it is the Yemeni people’s right to confront the US-Saudi aggression, which has no legitimacy and has committed the most hideous crimes, adding that falsehood is to stand with the aggression on Yemen, justify it, or fail to condemn its crimes and blockade.

Al-Houthi advised the Emirati and Saudi regimes and those who support them to “stop targeting the people of our nation,” addressing the two regimes that their fate is nothing but failure and defeat.

Al-Houthi said that “America is betting on proxy wars through its agents,” pointing out that “our nation today is in clear progress, and the American defeat has become evident,” and the latest events in Afghanistan are the best proof of so.

He also affirmed the firmness of the Yemeni position regarding supporting the Palestinian people and restoring al-Quds, adding that “the Yemeni people are committed to confronting the aggression and have the right to freedom and independence.”

It is worth noting that the Leader of the “Ansar Allah” Movement emphasized, on August 9, the need to stop the Saudi aggression and siege, calling for addressing the war files, such as the prisoners’ file and damage compensation, and stopping the interference in Yemeni affairs.