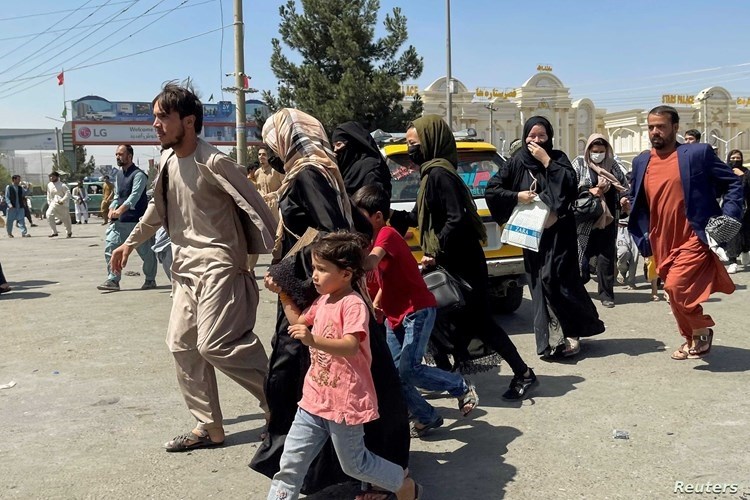 The United Nations and international relief agencies announced the importance of raising about $1.3 billion to help 16 million Afghans, pointing out that they were at least $800 million short of what was needed.

In a joint statement, they called on the donors to “to remain steadfast in their support for humanitarian operations in Afghanistan and to support resilient livelihoods,” noting that “a total of $1.3 billion is required to reach nearly 16 million people with humanitarian aid in Afghanistan, yet only 37% of the required funds have been received, leaving a shortfall of almost $800 million.”

In the meantime, a prominent member of the “Taliban” Movement said yesterday that Afghanistan may be ruled by a governing council after the Taliban took control of the country, revealing that the Movement will also communicate with former pilots and soldiers from the Afghan armed forces to ask them to join its ranks.

Last Sunday, Taliban militants entered the Afghan capital, Kabul, without a fight, pledging to “provide safety for all those working with the former Afghan administration.”

An official in the “Taliban” Movement said that they will soon announce the Islamic Emirate of Afghanistan from the presidential palace in the capital, Kabul.

Since last May, the “Taliban” has begun to expand its influence in Afghanistan, coinciding with the last stages of the withdrawal of US forces.