Home Politics Kazakhstan: We Have Not Recognized the “Taliban” 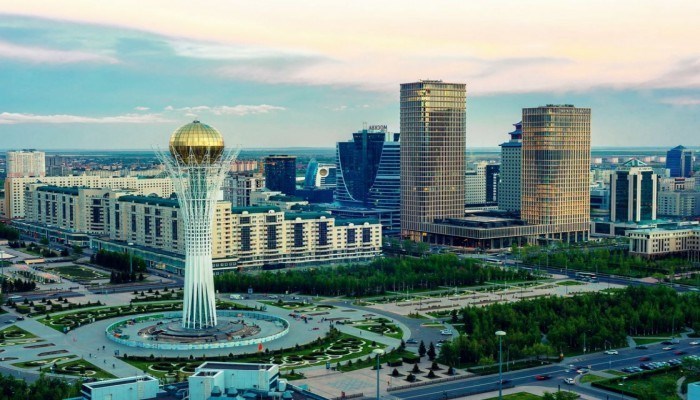 The Kazakh Deputy Minister of Foreign Affairs Akan Rakhmetullin confirmed that the Kazakh authorities have not recognized the “Taliban” Movement after it took control of most of the Afghan territory and the country’s border crossings.

“It is known that our Ministry of Foreign Affairs made an official statement yesterday about the situation in Afghanistan, which was published in our media. We in Kazakhstan continue to follow the development of events in Afghanistan with interest,” Rakhmetullin said in a press conference today.

He stressed that Kazakhstan supports the UN Security Council statement that calls for forming an inclusive and representative government, respecting the rights of ethnic minorities and women, preventing the presence of groups that pose a threat to other countries, and observing international law.

He considered that there is no alternative to the peace process the Afghans have embarked on, considering that the Afghans themselves have to determine the best model of the state and social structure they want, based on their historical experience and political and social realism.

The Deputy Foreign Minister of Kazakhstan reiterated that his country has not attempted to establish any political contact with the “Taliban”.

This came after the “Taliban” Movement took control of most of the Afghan provinces and border crossings and its fighters entered the Afghan capital, Kabul, without a fight, last week, pledging to provide safety for all those who had worked with the former Afghan administration.

A “Taliban” official announced that the Movement will soon declare the Islamic Emirate of Afghanistan from the presidential palace in the capital, Kabul, after President Ashraf Ghani left the country, heading to Tajikistan, and from there to the UAE.

The “Taliban” had begun, since last May, to expand its influence in Afghanistan, coinciding with the initiation of the last phase of the withdrawal of US forces, which is scheduled to be completed by the end of this August, according to the Doha Agreement signed between Washington, during former President Donald Trump’s term, and a “Taliban” delegation.