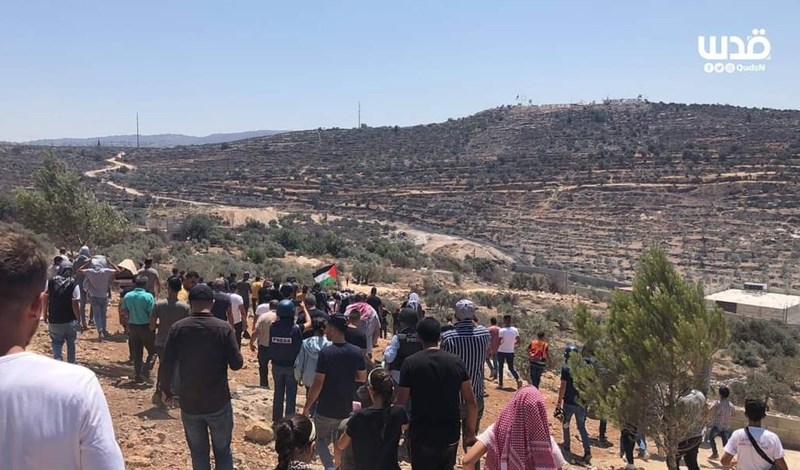 Israeli occupation forces closed down on Friday the roads leading to Jabal Sbeih in Beita using bulldozers. The area had been witnessing resistance and “night confusion” activities against the establishment of an Israeli settlement outpost at the top of Jabal Sbeih for the fourth month in a row.

Al Mayadeen correspondent reported that “hundreds of Palestinians confronted occupation forces after the Friday prayer at Jabal Sbeih in Beita.”

Israeli occupation forces announced a wide arrest campaign in various cities in the occupied West Bank, while hundreds of Palestinians took part in angry protests against the execution of the four martyrs of the Jenin camp.

Moreover, a vigil was organized in the al-Bustan tent in Silwan town in occupied al-Quds in protest of the occupation’s forced displacement policy.

In Jenin, occupation forces arrested on Thursday four citizens who were in the occupied ’48 territory.

Hundreds of civilians also partook in an angry march that started from the house wherein the martyrs were being mourned in the Jenin camp towards the city on Thursday, in protest of the execution of the four Jenin martyrs.

Protestors denounced the occupation’s continued threats to storm the city and camp of Jenin, raising banners and slogans against the occupation and its aggressive policy, calling for further cementing national unity.