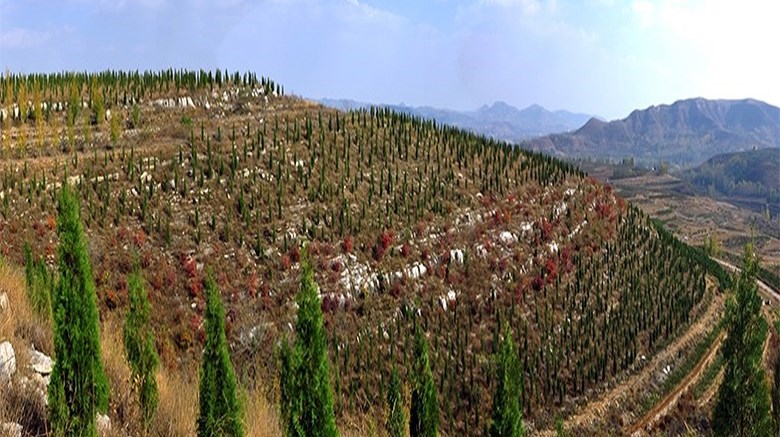 Tree planting has been at the heart of China’s environmental efforts for decades and is a major part of plans to bring carbon emissions down to net zero by 2060.

The total area pledged to have trees planted each year is greater than the size of Belgium and is being described as “land greening” by Li Chunliang, vice-chairman of the State Forestry and Grasslands Commission.

“By 2035, the quality and stability of national forest, grassland, wetland, and desert ecosystems will have been comprehensively upgraded,” Mr. Li said.

According to Reuters, China will accelerate grassland conservation and restoration during the 14th Five-Year Plan (2021-2025) to repair 15.3 million hectares of damaged grassland.

In China’s forest and grassland five-year plan, which was released this week, the country plans to increase its total forest coverage rate from 23.04 percent to 24.1 percent by the end of 2025.

The plan said that China’s forest and grass supplies were insufficient, particularly in drought-prone northern and western regions.

Following the devastation of key ecosystems as a result of decades of rapid economic expansion, China has vowed to build “ecological security barriers” to safeguard up to a quarter of its entire area from human expansion.

According to Chen Jiawen of the Chinese State Forestry Administration, who was the primary architect of the five-year plan, China would also expand its national park system, establish corridors to ease habitat fragmentation, and clamp down even harder on illicit wildlife trading during the next five years.