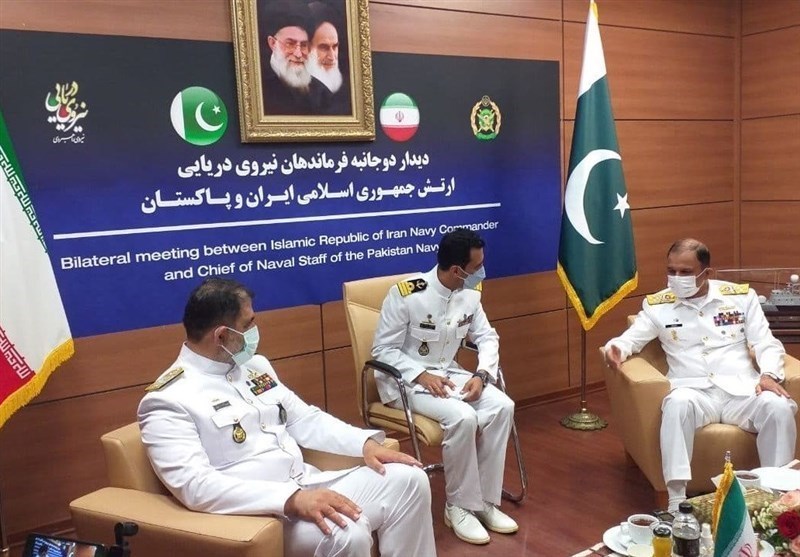 The Commander of the IRIN, Rear Admiral Shahram Irani received his Pakistani counterpart Muhammad Amjad Khan Niazi, as part of an official visit at the invitation of Iran.

The two sides discussed the means of strengthening military relations between the two countries, especially the navy, in addition to sharing military expertise in carrying out missions and preserving national interests.

Tomorrow, Sunday, Niazi is set to visit the Iranian fleet in the north of the country.

Last Tuesday, the Iranian and Pakistani navies conducted a joint military exercise in the southern waters of Iran.

The Spokesperson for the joint military drills Cpt. Reza Shaibani said that “the exercise aims to enhance naval combat capabilities, and to exchange military expertise and knowledge between the two countries’ naval units.”

“It also sought to establish dynamic interaction to create lasting peace and security in the region,” he said.

Iranian Leader Ali Khamenei appointed Rear Admiral Shahram Irani to the position of Commander of the Islamic Republic of Iran’s Navy earlier this week, in view of the commander’s commitment and valuable experience.

It is noteworthy that, last April, the third border crossing between Iran and Pakistan was opened, and the Istanbul-Tehran-Islamabad (ITI) rail network was launched.