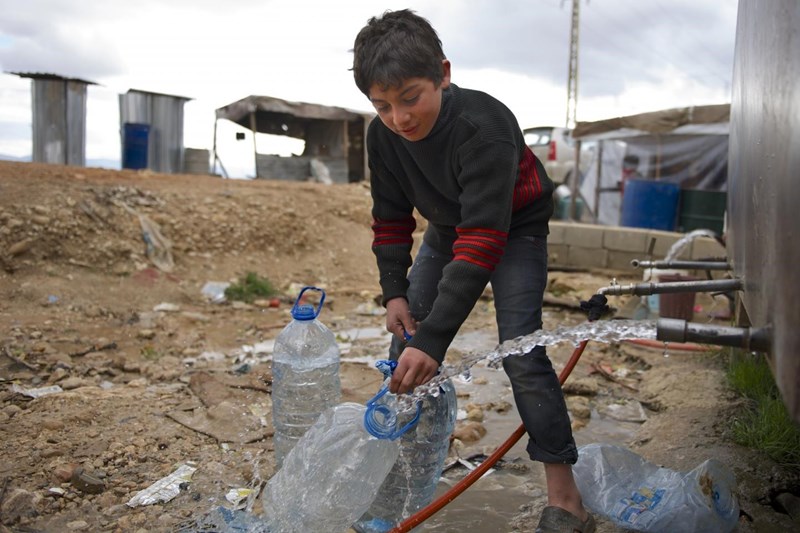 UNICEF Executive Director Henrietta Fore warned that Lebanon is in danger of losing critical access to water. “Unless urgent action is taken, more than four million people across Lebanon – predominantly vulnerable children and families – face the prospect of critical water shortages or being completely cut off from safe water supply in the coming days,” she said.

Fore said Saturday in a UNICEF statement that the UN organization had previously warned that more than 71% of the Lebanese population could run out of water in the summer.

“Since then, this perilous situation has continued,” she added, explaining that with critical services, including water and sanitation, power networks, and healthcare under huge strain; vital facilities such as hospitals and health centers have been without access to safe water due to electricity shortages, which is putting lives at risk.

The executive director saw that if four million people were forced to resort to unsafe and costly sources of water, public health and hygiene would be compromised. She said Lebanon could see an increase in waterborne diseases, not to mention a surge of COVID-19 cases in the country.

UNICEF is calling for the urgent restoration of the power supply, saying it is the only solution to keep water services running in Lebanon.

The organization clarified that the needs are massive. They called on the authorities to form a new government “with clear commitments to reform,” declaring that as critical for tackling the ongoing crisis through determined and systematic action to protect the lives of children and civilians, as well as ensuring access to water and other basic services.

According to UNICEF, its teams in Lebanon are “working tirelessly, in incredibly difficult circumstances, to provide life-saving services and continue to support the response to COVID-19.” UNICEF teams are also helping with vaccine deployment and the further expanding of UN programs.