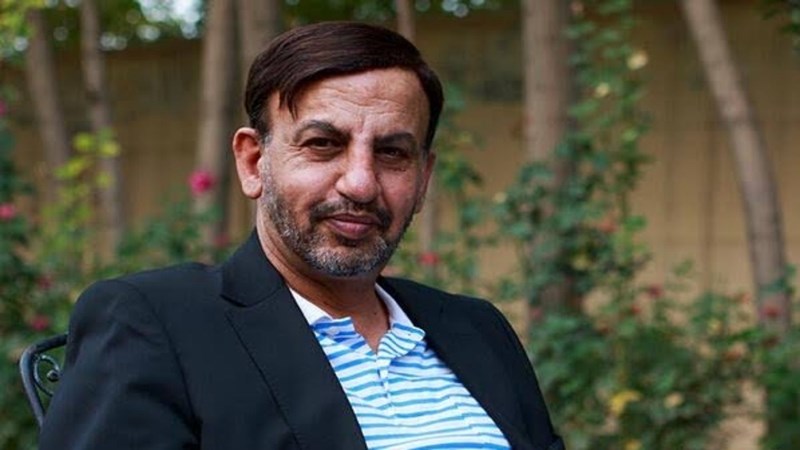 The “Taliban” Movement announced today, Saturday, on Twitter, that Hashmat Ghani, the brother of Afghanistan’s former President, pledged allegiance to the Movement.

The Movement tweeted that “Hashmat Ghani, brother of former President Ashraf Ghani, pledges allegiance to the Islamic Emirate of Afghanistan in the presence of Taliban leader Khalil Al-Rahman.”

On Friday, prominent Afghan politician Hashmat Ghani, revealed in an interview to Al Mayadeen that “the Americans did not leave all of a sudden, rather there was an American plan since the days of Donald Trump,” adding that “the US administration did not want to announce it because of the danger it poses to US forces in Afghanistan.”

Ghani added that “the Taliban Movement has an excellent security strategy, but they must fight hard against poverty and hunger and extend relations with the world and their neighbors,” stressing that “if they succeed in combating terrorism and hunger and protecting the Afghan currency from devaluating against the dollar in the country, then they will succeed, otherwise we will have a war of the hungry.”

“Taliban’s” number two man, Mullah Abdul Ghani Baradar, arrived in Afghanistan’s capital, Kabul, on Saturday to hold talks with Movement leaders and other politicians, in order to form a new inclusive government in Afghanistan, according to a senior “Taliban” official’s talk with AFP.

In a related context, senior “Taliban” official Wahidullah Hashemi had told Reuters three days ago that Afghanistan may be ruled by a governing council, now that the “Taliban” has taken over.

Another “Taliban” figure told Reuters that the Movement will prepare a new model for governing the country and pledged that the Movement will be held accountable, saying, “we have heard of some cases of atrocities and crimes against civilians,” adding that “if (members of the Taliban) are doing these law and order problems, they will be investigated.”

“We can understand the panic, stress, and anxiety. People think we will not be accountable, but that will not be the case,” he ended.