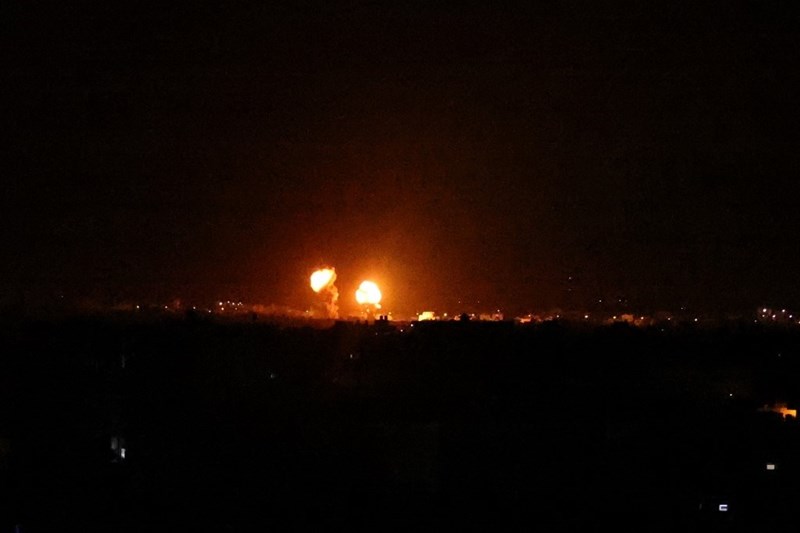 Al Mayadeen correspondent reported that a number of explosions were heard in Central Gaza, noting that Israeli warplanes targeted the Resistance’s Arin site, in Nuseirat.

Our reporter had said earlier today that occupation forces fired live ammunition and teargas on Palestinians near the separation fence, as they were partaking in the “Seif Al-Quds” festival in commemoration of the 52nd anniversary of the burning of the Al-Aqsa Mosque.

He also added that injuries were reported after the occupation forces opened fire on the demonstrators, who, in their turn, set rubber tires on fire near the separation fence east of Malaka Camp, with some of them climbing the fence, raising the Palestinian flag, and throwing stones at the occupation forces.

Social media activists in Palestine shared a video documenting the moment a Palestinian youth shot an Israeli soldier through a hole in the cement wall on Gaza’s eastern border.

Israeli media said that their forces are analyzing the video, showing the young man shooting from point-blank range.

The occupation confirmed that one of its soldiers was seriously wounded after being shot in Gaza and was rushed to the hospital for treatment.