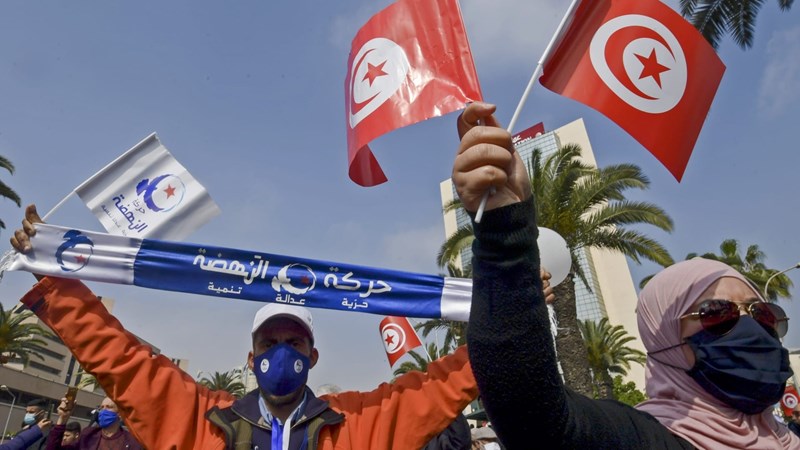 Ennahda Movement denounced the conspiracies threatening Tunisian national security and the President’s personal security. The movement issued a statement in which it called on the State’s security services and judicial body to probe into the matter to expose those involved in the said conspiracies. Ennahda Movement also warned against internal and foreign plots that aim to undermine the country’s stability.

Ennahda indicated that the unconstitutional decisions and measures announced on July 25 and thereafter are ‘exceptional,’ noting that overcoming them requires cooperation.

Additionally, the Tunisian Judicial Council announced Saturday the arrest of Beltayeb Rached, the first president of the Court of Appeals, indicating that his case had been transferred to the Public Prosecution.

The Tunisian Presidency said Friday in a statement that the person in charge of the Commission’s administrative and financial affairs will temporarily handle the duties.

On a related note, President Kais Saied revealed Friday night that there was an assassination attempt against him – however, he announced that he would tread the same lawful path: “The path to reform is complicated and hard,” he added.

Saied said Thursday, following his latest measures, that “The state will go on,” disclosing that a new cabinet will be announced in the upcoming days.

He announced that those suspected of corruption would not be allowed to leave the country before their cases are settled before the judiciary. “Precautionary measures await the corrupt. The law will be enforced on everyone, equally,” he asserted.