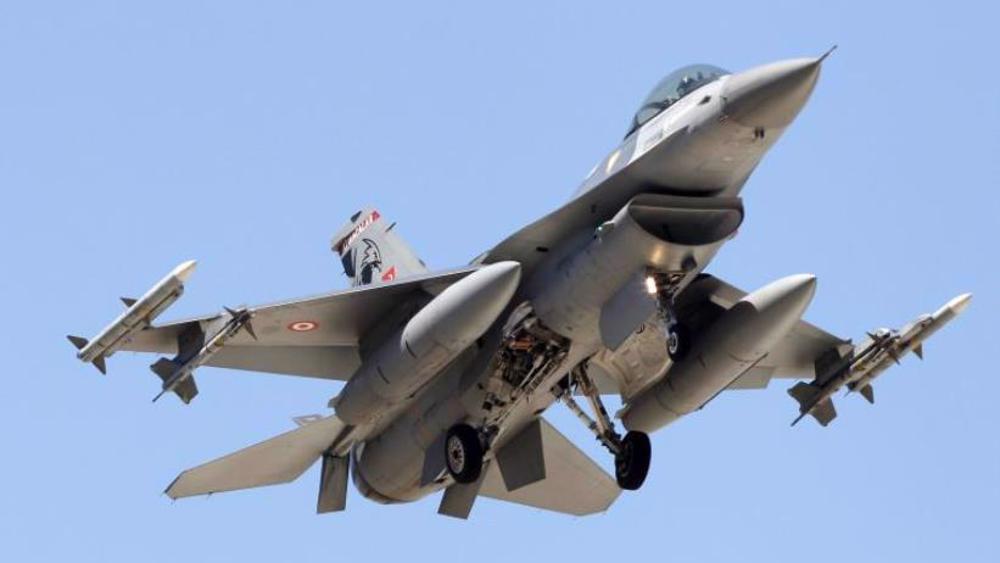 A Turkish airstrike has killed two Iraqi civilians in the semi-autonomous Kurdistan region of Iraq, where Turkey is pressing ahead with a military campaign against the Kurdistan Workers’ Party (PKK) militants.

Local mayor Farhad Mahmoud said the latest bombardment took place in Zakho, a city near the Turkish border on Sunday.

Mahmoud said the Iraqi civilians who were killed “had gone to an area where it is advised not to go,” adding that they were not from the area, but had been visiting from the city of Mosul.

“They were caught in a Turkish bombing and died,” he said.

This comes as eight people died in a Turkish airstrike in the northern Iraqi city of Sinjar last Tuesday. The Turkish airstrikes take place despite Iraq’s numerous protests at such violations of the Arab country’s sovereignty.

The Turkish air force has been carrying out operations against the PKK in the country’s troubled southeastern border region as well as in northern Iraq and neighboring Syria.

However, officials in the Iraqi Kurdistan say some of the Turkish strikes target civilians.

Baghdad views Turkey’s airstrikes on its Kurdistan region as a violation of the Arab country’s sovereignty and has repeatedly called on Ankara to stop its unlawful raids.

The Turkish strikes have prompted Baghdad to summon Ankara’s ambassador several times. Iraq has also warned that it has the means of confronting Ankara’s aggression.

Turkey, however, accuses Iraq of tolerating the PKK presence on its soil and has pledged to sustain its attacks.

Back in April, Turkish military forces launched a new cross-border offensive in northern Iraq’s Metina and Avasin-Basyan regions in pursuit of the PKK militants.

Residents of dozens of villages in the area fled the conflict.

Militants of the PKK — designated as a terrorist group by Turkey, the United States and the European Union — regularly clash with Turkish forces in the Kurdish-dominated southeast of Turkey attached to northern Iraq.

A shaky ceasefire between the PKK and the Turkish government collapsed in July 2015. Attacks on Turkish security forces have soared ever since.

More than 40,000 people have been killed during the three-decade conflict between Turkey and the autonomy-seeking militant group.

Baghdad has repeatedly condemned Ankara’s ongoing military operations in northern Iraq against purported PKK positions, warning that Ankara intends to seize control of the strategic northwestern city of Mosul and annex it to its own territory.

Sunday’s attack comes almost six days before a regional summit is due to be held in the Iraqi capital, Baghdad.

However, it is not known if Turkish President Recep Tayyip Erdogan will attend, or if Turkey’s operations in Iraq will be discussed.