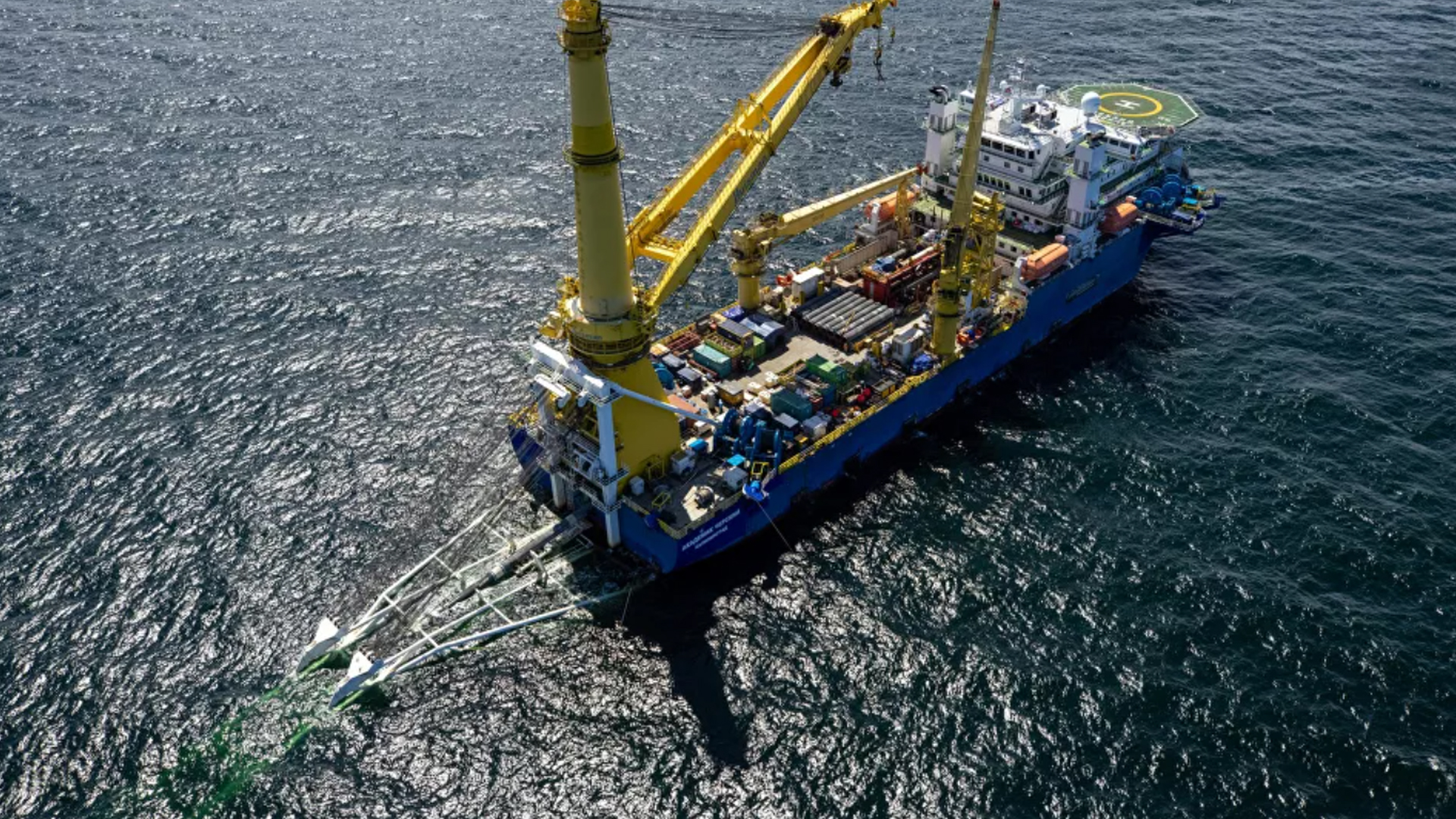 Ukraine, which has long served as one of the main transit countries for Russian gas, vehemently opposes the launch of a new pipeline. Kiev fears Nord Stream 2 will strip it of transit revenue, and demands that the EU, and specifically Germany, drop the project.

Ukrainian President Volodymyr Zelensky has called the Nord Stream 2 pipeline “a dangerous geopolitical weapon of the Kremlin” following his meeting with outgoing German Chancellor Angela Merkel. The president said he had discussed the pipeline with the German head of government, stressing that Nord Stream 2 would only benefit Russia and not Europe.

Merkel stopped short of repeating the Ukrainian president’s message, only noting that “gas must not be used as a geopolitical weapon”. She further supported the idea of Russia extending its gas transit agreement with Ukraine – the main talking point among Western nations, which allowed Merkel to negotiate US President Joe Biden’s refusal to introduce new sanctions that could have prevented the launch of Nord Stream 2.

“It will come down to if there is an extension to the transit contract via Ukraine – the sooner the better”, Merkel said.

Zelensky, in turn, noted that talks with Russia regarding extending gas transit contracts have so far seen little progress, being “too general” at the moment.

The US-German agreement demanding that the Kremlin extend the contract with Ukraine under the threat of new sanctions raised eyebrows in Moscow. However, Russia has repeatedly indicated its readiness to continue cooperation with Kiev on gas transits as long as it remains economically viable. The long-term contracts, however, might be threatened by the EU’s commitment to transition to carbon-free energy generation by the middle of the century.

Moscow has repeatedly stressed that there is no political component to the Nord Stream 2 pipeline and that it is a purely economic project not intended to be used as leverage against Europe, as Washington has suggested. The construction of the pipeline itself was reportedly completed on 22 August, with the MarineTraffic tracking service reporting that the Fortuna pipelaying vessel had left Danish waters, where it had been working on the last part of the pipe. Nord Stream AG managing company has not yet reported completing the construction.