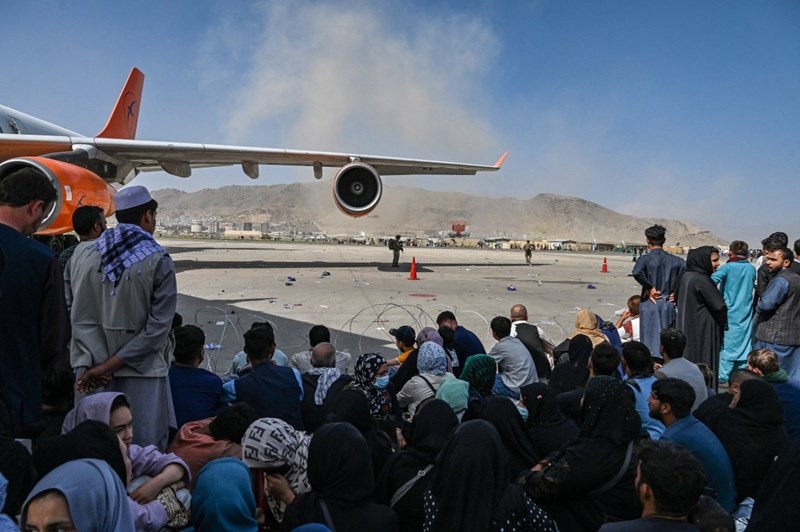 US and Western media outlets reported on potential ISIS threats against Afghan and US nationals awaiting evacuation at Hamid Karzai International Airport in Kabul.

The Associated Press reported that a US official cited potential ‘Islamic State’ threats against Americans in Afghanistan, and that these threats are forcing the United States military to develop new ways to bring the evacuees to safety in the airport.

In a similar vein, NBC reported that US defense officials say that the military is looking for alternative ways to get US, Afghan, and third-country nationals to the airport safely following threats from the ‘Islamic State.’

The United States had previously announced evacuating all of its embassy staff to Kabul airport; however, diplomats were separated from Afghan civilians trying to leave the country by any means possible.

The US aims to evacuate over 30,000 American and Afghan nationals through its bases in Kuwait and Qatar. So far, over 13,000 of them have been evacuated since the evacuations began.

Following the recent events in Afghanistan, i.e., the Taliban takeover, Kabul airport is in a state of chaos as thousands attempt to flee the country.

Several countries have started evacuating their nationals from Afghanistan following the Taliban takeover.

Videos widely shared on social media show a state of chaos taking over the airport as Afghans were attempting to climb the airstair to board the planes.

On a related note, the British Ministry of Defense reported that seven civilians were killed in stampedes near Hamid Karzai International Airport in Kabul.

Thousands are waiting at the gates of the Kabul airport, while some have tried to bypass security and enter the premises. NATO and Taliban officials have declared that at least 12 people have been killed at the airport and its vicinity since Sunday.

Pentagon spokesman, John Kirby, said the Department of Defense does not have a specific number regarding US nationals who are still in Kabul and Afghanistan.