Home Economy China Reopens One of the World’s Major Ports 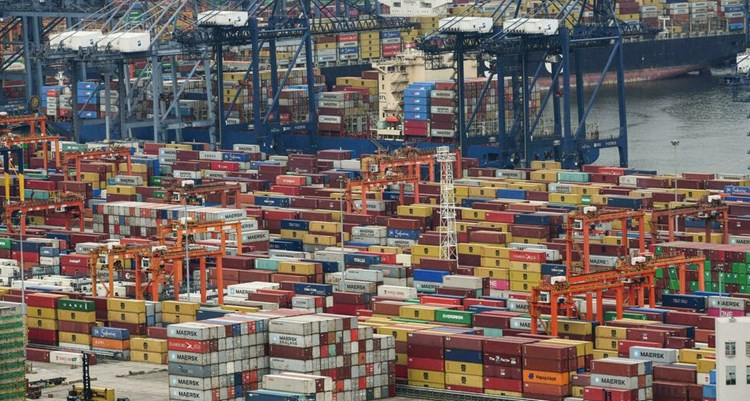 On Wednesday, China lifted health restrictions imposed on one of the largest ports in the world, partially suspended since August after the emergence of the coronavirus.

Ningbo Zhoushan, 250 kilometers south of Shanghai, is one of China’s major shipping ports.

Last year, 1.2 billion tons of goods passed through this port, which is the third in the world for exports.

After a port worker was detected positive for the virus, the Mechane Fee terminal, which was capable of accomodating ten million containers, was closed.

The public television CCTV, citing a memorandum issued by the local authorities, stated that health restrictions imposed on the Mechane Fee terminal in the port will be lifted on Wednesday and that the activity will be “gradually” resumed.

When will the station go back to business?

According to the memorandum, the station will return to full capacity on the first of September.

Earlier, about 2,000 wage earners were asked to isolate themselves, while global supply networks were already strained.

The maritime transport sector was exposed at a global level to strong pressures in recent months, due to health restrictions and the re-launch of the economic cycle, which increased demand for goods.

In May, the temporary closure of the Yatiantian port in southern China due to the Coronavirus led to a delay of weeks in the export of goods.