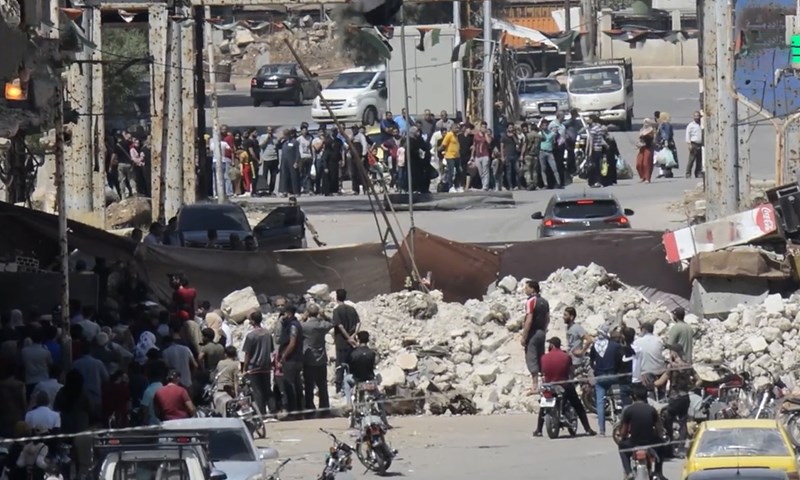 Militants opened fire in the southern Syrian city of Daraa, wounding a number of civilians who had gathered near the Saraya checkpoint waiting to return to their homes.

According to local sources, the militants attacked the city with mortar shells “as part of an attempt to disrupt efforts which aim to eliminate the existence of armed groups in the area”.

According to Al Mayadeen correspondent, “the militants’ evacuation occurred “in line with the deal made by the Russian negotiator.”

The Syrian army deployed military reinforcements to Daraa last Friday, with the goal of removing militants who reject settlement efforts and seizing their weapons, in order to consolidate security and stability in the southern Syrian province.