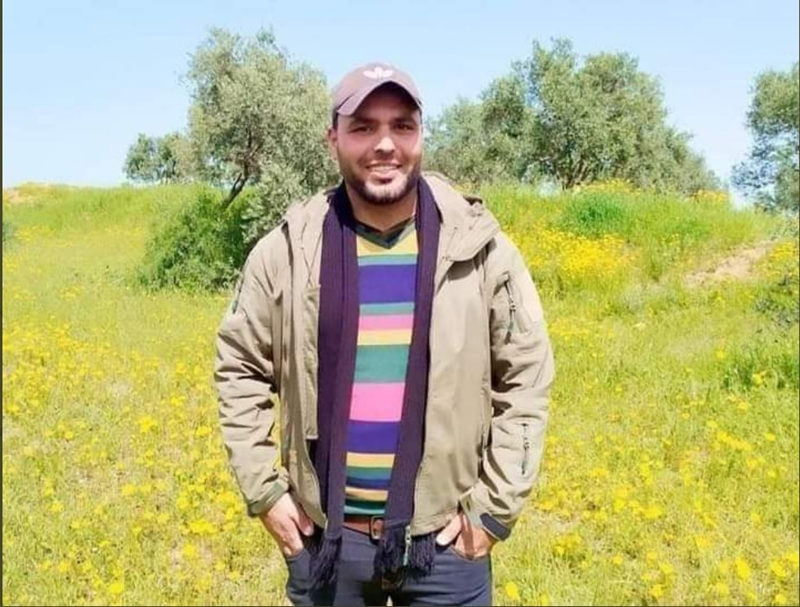 On Wednesday morning, Osama Khaled Duaij (32 years), from the Jabalia refugee camp, was martyred in the al-Shifa Hospital in Gaza. The young Palestinian succumbed to wounds he sustained after Israeli occupation forces shot him during a peaceful demonstration east of Gaza City.

The “Hamas” Movement mourned Martyr Duaij, stressing that the Palestinian people will continue to resist the occupation by all methods and means in the West Bank, occupied Al-Quds, and the Gaza Strip until the demands and goals of the Palestinians are achieved.

The Movement said that the ongoing resistance in Jenin and Nablus, the popular demonstrations in Beita and Beit Dajan, and today’s events in eastern Khan Yunis are but an extension of the ongoing battle of Seif al-Quds for the protection of the Palestinian people and the defense of their sanctities. He also noted that the battle will not stop until the Palestinians’ goals are achieved, stressing that it is the right of the Palestinians in the Gaza Strip to live in dignity on their land.

It is worth mentioning that earlier, on Saturday, the Israeli occupation fired bullets and tear gas canisters at Palestinians near the separation fence during their participation in the “Saif al-Quds” festival, marking the 52nd anniversary of the burning of Al-Aqsa Mosque. Demonstrators, in their turn, set rubber tires on fire near the separation fence east of the Malaka Camp, with some of them climbing the fence, raising the Palestinian flag, and throwing stones at the occupation forces.

The Israeli occupation’s attack resulted in the injury of 41 Palestinians, the majority of whom were children.