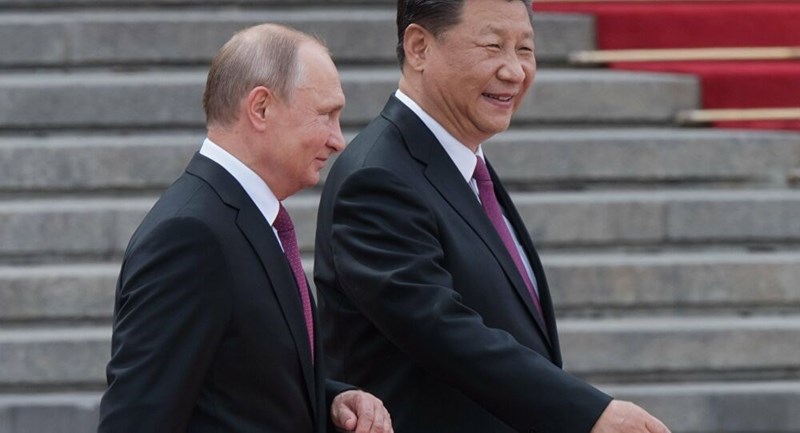 Russian President Vladimir Putin announced Wednesday that Russia is ready to strengthen communication with China in regard to the developments in Afghanistan.

Putin made the remarks in a phone conversation with Chinese President Xi Jinping.

The Kremlin stated that the Afghani issue has been deeply discussed, calling for an efficient joint response to potential cross-border challenges and threats.

The heads of the state urged the importance of bringing peace to Afghanistan as soon as possible, preventing instability from spreading to neighboring regions, and agreeing to intensify bilateral relations and close coordination, primarily through foreign ministries.

On his account, Kremlin spokesman Dmitry Peskov stated that Russia is still concerned and is extremely worried about what is happening in Afghanistan.

During a press conference Wednesday, Peskov added that “we are closely monitoring developments in Afghanistan and we have launched some relevant processes.”

Meanwhile, Russian Foreign Minister Sergey Lavrov said that “when evaluating the current situation in Afghanistan after the withdrawal of US troops, the United States should conclude that meddling in the internal affairs of other countries and the use of force to bypass international law is unacceptable.”