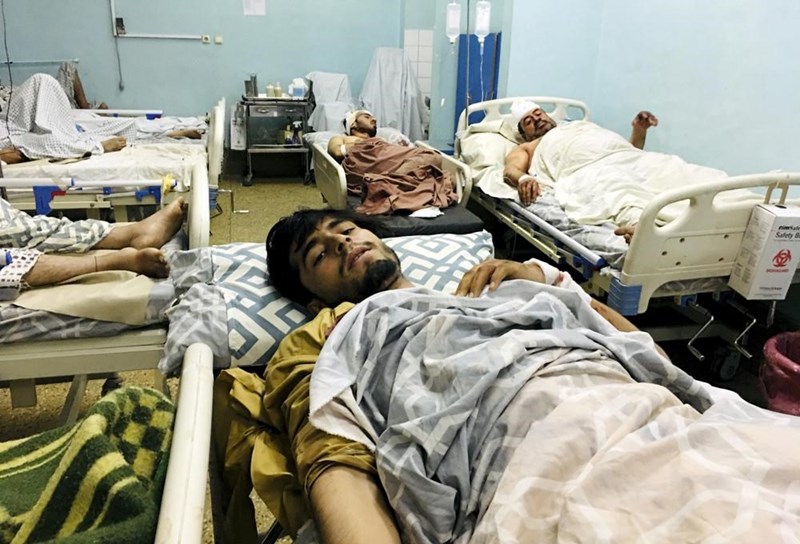 Afghanistan, all marred in a bloody scene, after two suicide bombers and gunmen attacked crowds of Afghans near Kabul Airport yesterday, Thursday.

The attacks killed at least 60 Afghans and 13 US troops, reported both Afghan and US officials.

The US Department of Defense confirmed the killing of 3 soldiers in a bus bombing that targeted a hotel where Americans live in the Afghan capital, while the 10 other soldiers were killed in two suicide attacks near Kabul airport.

On its part, the Afghan Ministry of Health announced that the number of civilian deaths has risen to 90, with around 160 wounded. The Afghan official who confirmed the overall Afghan toll spoke on condition of anonymity because he was not authorized to brief the media.

In the meantime, the “Taliban” Movement indicated that “the explosion that was heard in Kabul was caused by the detonation of a number of munitions by the US army.”

The blasts came hours after Western officials warned of a major attack, urging people to leave the airport.

But the call went largely unheeded by Afghans desperate to escape the country in the last few days of an American-led evacuation before the US officially ends its 20-year presence on Aug. 31.

The “ISIS-K” terrorist group claimed responsibility for the killings on its Amaq news channel. And the Taliban were not believed to have been involved in the attacks, condemning the blasts.

What did President Biden say?

President Joe Biden vowed Thursday to complete the evacuation of US citizens and others from Afghanistan despite the terrorist attack at Kabul airport.

He vowed to avenge the deaths of 13 US service members killed in the attack, threatening the ones responsible.

“To those who carried out this attack, as well as anyone who wishes America harm know this… we will not forgive, we will not forget. We will hunt you down and make you pay,” Biden vowed.

Biden said that the “ISIS-K” terrorist group was to blame for the attacks that killed the Americans and many more Afghan civilians. He said there was no evidence they colluded with the Taliban, who is now in control of the country.

McKenzie: Security failure at the airport allowed the attack

Pentagon Spokesman John Kirby said one explosion was near an airport entrance and another took place a short distance away near a hotel.

In addition, McKenzie said clearly some failure at the airport allowed a suicide bomber to get so close to the gate.

He said that the “Taliban” has been screening people outside the gates, though there was no indication that the Taliban deliberately allowed Thursday’s attacks to happen.