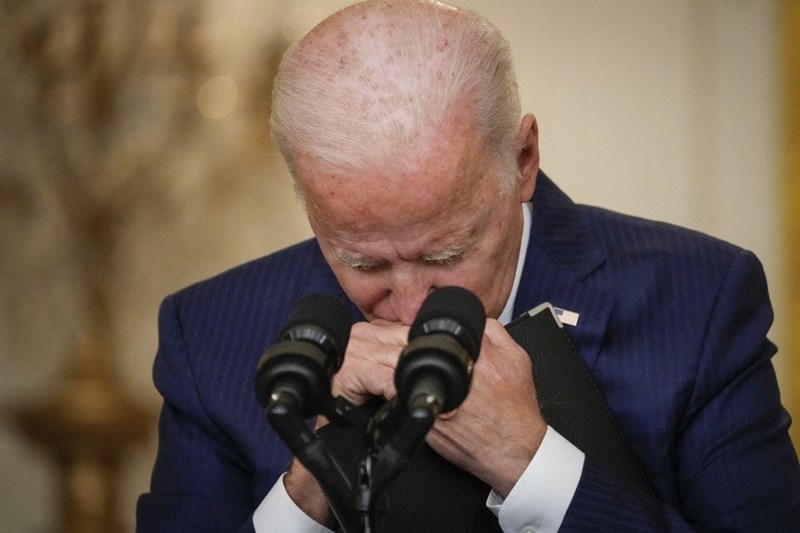 Today, Friday, US President Joe Biden said that the attack in Kabul was carried out by a group called “ISIS-Khorasan” (ISIS-K), addressing the perpetrators saying,

In a speech the US President delivered following the Kabul bombings, he said that more than 12,000 people have been evacuated during the past 12 hours, stressing that he is closely following the developments in Afghanistan. US President Biden expressed his outrage and sorrow over what happened.  “Our hearts are broken,” he said.

The US President explained that “more than 100,000 people have been evacuated to safe places during the past 11 days,” noting that they were aware the evacuations from Afghanistan would take place under difficult circumstances.

Taliban; not an accomplice

Biden said that he did not receive any evidence of any complicity between the Taliban and ISIS in the Kabul airport attack, noting that military leaders have informed him that they would go on with the evacuations without the need for additional forces.”

Speaking from the White House, Biden said he had ordered his commanders to develop plans to strike assets, leaders, and facilities of ISIS-K, the Afghan affiliate of ISIS, who he said had been planning a “complex” set of attacks on U.S. military personnel in recent days.

We will hunt you down

Biden also indicated that they are aware of the identities of the “ISIS leaders behind this attack in Kabul and so they will hunt them down.

Biden also promised to continue evacuation efforts and said his military advisers remain committed to the withdrawal deadline of Tuesday.

“We will not be deterred by terrorists. We will not let them stop our mission. We will continue the evacuation,” Biden said.

US President said that while “no one trusts” the Taliban, it was not a mistake to depend on the group to secure the perimeter around the airport. “We’re just counting on their self-interest to continue to generate their activities, and it’s in their self-interest that we leave when we said and that we get as many people out as we can,” he emphasized.

Biden added that the August 31 deadline still stands for whoever wishes to leave Afghanistan and that the evacuation operations will continue until the set date.

And when he was asked if he bears any responsibility for the way that things have unfolded in the last two weeks, Biden answered that he does.

“I bear responsibility for fundamentally all that’s happened of late,” Biden said.

Biden’s resignation; a US demand

Speaking of a deal the then-President Donald Trump negotiated with the Taliban to withdraw U.S. military personnel, Biden said that there was no attack on the Americans in the past because there was an agreement between the “Taliban” Movement and the previous administration, pointing out that it was about time to end a 20-year war.

Top US political figures demanded US President Joe Biden to resign, following the two suicide attacks that took place outside Kabul airport, which they described as a “massacre”.

In a statement, ISIS claimed responsibility for the attack that took place on Thursday, just outside Kabul Airport. They explained, “An ‘Islamic State’ militant “managed to reach a large gathering of translators and collaborators with the American army at ‘Baran Camp’ near Kabul Airport and detonated his explosive belt among them, killing about 60 people and wounding more than 100 others, including Taliban fighters.”

Fox News pointed out that the death toll of US soldiers has risen to at least 10 in the vicinity of Kabul Airport, while the Pentagon announced that 12 American soldiers were killed and 15 were wounded.