Home Politics Raisi: US Withdrawal from Afghanistan an Opportunity to Enhance Stability 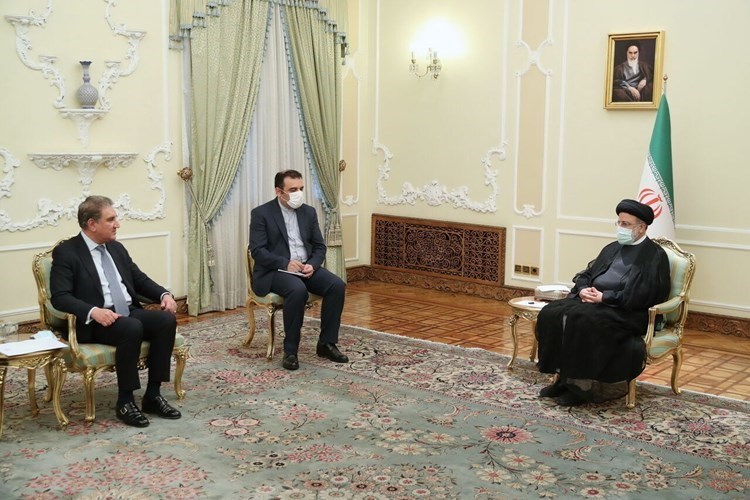 US paternalism in Afghanistan; a failed approach

Iranian President Ebrahim Raisi said that the US withdrawal is a “turning point” for all Afghan groups and ethnicities in their effort to establish peace, security, and stability in the country. He stressed that paternalism and playing the big brother role in Afghanistan was a failed approach the US pursued in the war-torn country, noting that the US presence in Afghanistan does not lead to security.

“The presence of the United States and foreigners in the region not only does not lead to security, but also creates [more] problems,” he said.

During his meeting with Pakistani Foreign Minister Shah Mahmood Qureshi in Tehran on Thursday, Raisi stressed the need for neighboring countries to help the Afghan people to form an all-inclusive system and government that includes all ethnicities and sects in the country.

President Raisi added that strengthening bilateral relations would provide the grounds for developing and strengthening regional and international cooperation, especially between Iran and Pakistan.

Raisi called for strengthening cooperation between the two countries through appropriate planning to ensure the interests of both peoples.

Qureshi: Tehran is a key player in regional development

For his part, the Pakistani Foreign Minister called Tehran-Islamabad relations “historic” and “deep”, highlighting the two countries’ similar positions on many regional and international issues stressed that “Pakistan seeks to deepen and strengthen the relations between the two countries in various economic, political and regional fields, and we are determined to further upgrade the level of our ties.”

“The Islamic Republic of Iran is a major player in regional developments,” Qureshi said

“Therefore, we believe that by working together we can have positive and useful cooperation in establishing and strengthening peace and stability in the region, especially in Afghanistan,” he added.

In the same context, the Iranian President called on all factions and political forces in Afghanistan to pursue reaching a national agreement, stressing that Iran will make every effort to establish stability there.

Amir-Abdollahian clarified that one of the discussed topics will cover developments in Afghanistan and the region.