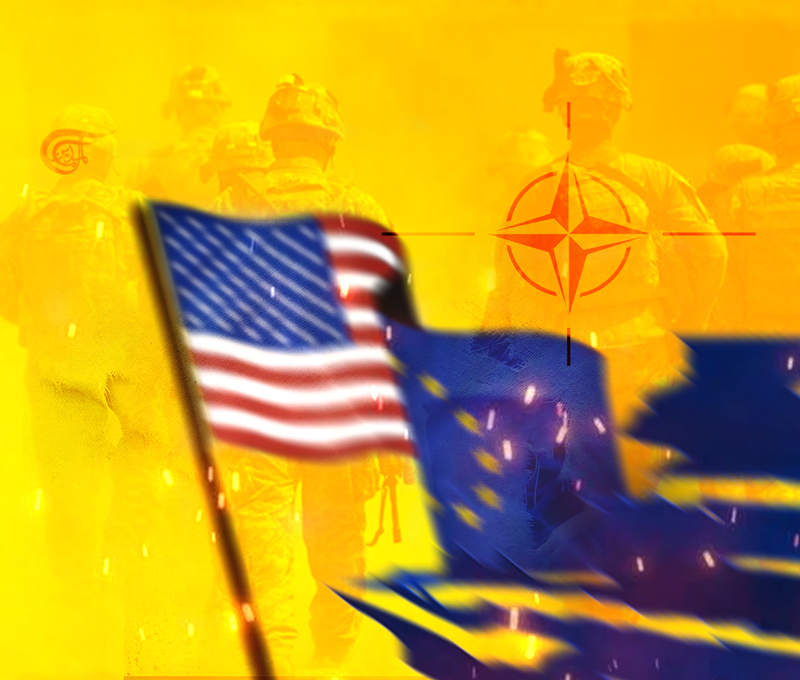 Europe, under the guise of providing the conditions for ‘long-term’ security and stability in Afghanistan, entered the country, and the rest is history. Havoc, destruction, death, and misery infested the Southern Asian country, placing it among the world’s poorest.

Following the September 11 attacks, the United States developed an interest in “combatting terrorism,” prompting the country known for “exporting democracy” to the rest of the world to launch what was called the “War on Terror”—an international military campaign whose goal was to eradicate terrorism abroad,

not for the safety of the populace, but rather for that of US soil.

The US, a NATO ally and core member state, did what any benevolent ally would do and dragged NATO into a multi-generational war in Afghanistan—the organization’s first commitment outside European territories.

The whole debacle started a week after 9/11, when President George W. Bush signed a resolution authorizing the use of force against those behind the attacks, followed by an October 7 announcement that the US and the UK started launching airstrikes in Afghanistan against Al-Qaeda and Taliban sites when demands for the extradition of Osama bin Laden went unanswered.

After the US ‘retaliation’ act, the Taliban announced they are ready for “Jihad”; alas, it was a short-lived dream.

The “Jihad” lasted barely over two months, as the group was defeated and its rule in the country was declared over after heavy air bombardment from the US and UK, with ground support from its allies, which included the Northern Alliance and other anti-Taliban militias and groups.

Now, the US did not get the man they came after; bin Laden fled the country. However, they did accomplish what they are always after—influence and power. Afghanistan became ruled by the US-backed Hamid Karzai, whom the western power saw as best-fitting to rebuild the war-torn country.

So, the United States had everything laid out the way it wanted it to be:

Now back to Europe; how and why did the old continent join the war in Afghanistan?

In 2001, the UNSC-mandated International Security Assistance Force, which had the mission of re-instating a central authority in the country that was ruled by militias and the Taliban at the time, in addition to working on enhancing the capabilities of the Afghan National Security Forces, was deployed in Afghanistan.

The mission was not led by a certain country, as its leadership was rotational between its nations—the most prominent of which were the US, the UK, Germany, Canada, and France.

On August 11, 2003, NATO assumed the ISAF’s leadership. The mission’s goals were still the same; however, when seeing the current state of Afghanistan, it’s safe to say the mission failed miserably.

The ISAF’s European nations accounted for more than half the soldiers in Afghanistan. The countries that had little to nothing to do with the conflict led the invasion of a country that never did any harm to them; the US convinced them to partake in the conflict by raising national security concerns. If anything, failure in Afghanistan would have had way more political and financial repercussions for Europe than the United States, for refugees and terrorists could reach Europe a lot easier than they could North America.

Europe has been the main bearer of consequences whenever there had been a US-related flop anywhere in the Eastern hemisphere. Take the Syrian refugee crisis, for example. A US-sparked war on a Middle Eastern country resulted in hundreds of thousands of refugees flocking toward Europe. And, of course, extremists were among those who got into the continent, leading to an increase in terror attacks and national security threats.

This, alongside many other crises, is a fine testament to the US strategy that uses Europe as a shield. In the ongoing crisis and anticipation of the incoming influx of Afghan refugees, Greece took to reinforcing the European borders by building a wall. What this means is that the Syrian scenario will be replayed, as hundreds of dead children will wash up on shore in a failed attempt to flee their country.

The Europeans had little to say regarding invading Afghanistan, for the continent’s nations lacked coordination and had many domestic political issues. Had they been united in the European Union, Europe would have been able to properly alter the coalition and advocate for a much better international approach to the situation in Afghanistan—that would’ve been the best-case scenario for Europe. Obviously, on the ground, it was completely different.

Even the majority of Europeans disagree with using military force to defend a NATO ally from a hypothetical attack by Russia, according to a Pew Research Center report.

All that Europe gained from Afghanistan was more refugees, more dead soldiers, and wasted taxpayer money. Altogether, Europe lost nearly a thousand soldiers, gained hundreds of thousands of Afghan refugees and asylum seekers, and spent tens of billions of dollars. The UK and Germany, the second-largest troop-contributors, spent an estimated $30 billion and $19 billion respectively, over the course of the two-decade-long war—a portion of what Europe in its entirety paid to keep the war’s flame ablaze.

At the peak of the invasion of Afghanistan in 2011, the year the US had finally achieved its dream of killing bin Laden, there were 90,000 US troops in the country and 41,300 troops from NATO and its allies. The US and its allies did not equally bear the responsibility, for, as we must not forget, this wasn’t a European issue per se. It only became one after the US forced its hand to invade Afghanistan, yet Europe was bearing nearly half the burden.

How Europe was the Stalin to the Munich Agreement

Furthermore, when the Biden Administration took the decision to completely withdraw from Afghanistan ahead of the agreed-upon date—which had been previously postponed from May 1st as set by the Trump administration—his decision received criticism from all US allies. NATO officials, from Germany, the United Kingdom, France, and Italy, slammed Biden over this decision that was taken without any consultation.

Leaders all across Europe were in disbelief following the decision, even those who long-supported Biden saw it as a mistake and a miscalculation. There wasn’t any direct criticism, for it is known that would harm diplomatic relations; instead, leaders voiced their criticism behind the scenes. However, the storm is yet to come, as no NATO summits have taken place following the failure, which will most definitely redefine the future of US-EU relations.

How will European leaders react to this whole ordeal? Will they be silent in the face of the US abuse? There could be a change in the way Europe manages its external affairs, moving away from the United States and aiming for autonomy; but nothing is certain. One thing that is though, is the fact that even the Israelis do not trust the Americans due to their abandonment of Afghanistan and their allies there, meaning the US is prone to abandoning Europe and other allies in such ‘dire’ circumstances, rendering it unreliable. After all, the US got its troops out of Kabul right around its fall while leaving Europe and the rest of its allies stuck in the mud.

Josep Borrell, the EU’s foreign policy chief, went as far as calling for an independent army for the European Union in light of the growing panic amongst the Europeans out of fear of not being able to complete their evacuations before the United States does.

Even prior to this whole fiasco, Europe was considering forming an autonomous army. In 2018, French President Emmanuel Macron had warned that Europeans could not be protected without a “true, European army,” (before declaring that NATO was experiencing “brain death“) – an idea backed by German Chancellor Angela Merkel and the person who could be Germany’s next Chancellor, Armin Laschet. The idea of a European army did not seem too appealing for the UK, for it could be something that equates to NATO. Instead, they prefer a joint force to defend Europe in a case relying on the US was out of the window.

During the Trump administration, the rift between the US and Europe was at its vastest since the establishment of diplomatic ties and alliances between the two powers, but it seems that the Biden administration will be the straw that broke the camel’s back in the US-EU relations.

Afghanistan reminds us why it’s called the Graveyard of Empires, as the future of diplomacy between the two behemoths could crumble over its invasion.