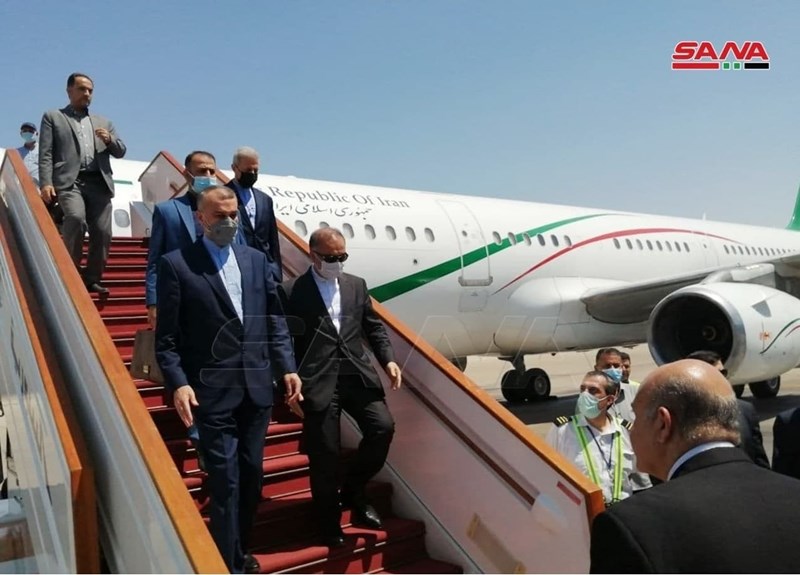 Hossein Amirabdollahian, the Iranian Foreign Minister, landed in Damascus today to meet with senior Syrian officials and brief them on the outcome of the Baghdad Conference, which took place Saturday.

On his first visit to Syria as a foreign minister, Abdollahian will meet Syrian President Bashar al-Assad and Syrian Foreign Minister Faisal al-Miqdad in Damascus.

In his speech yesterday at the Baghdad conference, Abdollahian stressed that Syria was a key neighbor of Iraq, who played a critical role in stabilizing the region, expressing that Syria should have been invited to the conference.

Abdollahian concluded his meetings in Iraq with the Speaker of Parliament, Mohammed al-Halbousi,

According to Halbousi’s media office, the Speaker emphasized the significance of collaborative action among the region’s countries in attaining growth and stability.

Amirabdollahian reaffirmed his country’s support for Iraq, applauding the success of the Baghdad Conference and Iraq’s efforts to improve regional collaboration and partnership.