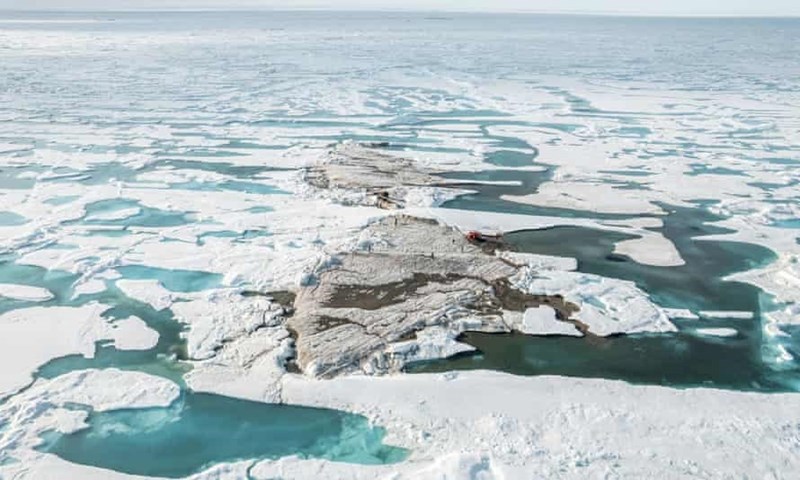 Scientists have discovered a tiny island off the coast of Greenland last month, describing it as the world’s northernmost point of land, revealed by shifting pack ice.

Polar Explorer and Head of the Arctic Station Research Facility in Greenland, Morten Rasch, divulged that “it was not our intention to discover a new island,” adding “we just went there to collect samples.”

The scientists initially believed they had arrived at Oodaaq, an island discovered in 1978 by a Danish survey team. When they checked the exact location, they discovered they had visited another island 780 meters to the northwest.

“Everybody was happy that we found what we thought was Oodaaq island,” said Swiss entrepreneur Christiane Leister, creator of the Leister Foundation that financed the expedition.

The small island, which measures about 30 meters (100 feet) across and has a peak of about 3 meters, is made up of seabed mud and moraine – soil and rock left behind by moving glaciers. The team suggested the name “Qeqertaq Avannarleq,” which means “the northernmost island” in Greenlandic.

US brings back free at-home Covid tests as part of winter plan.