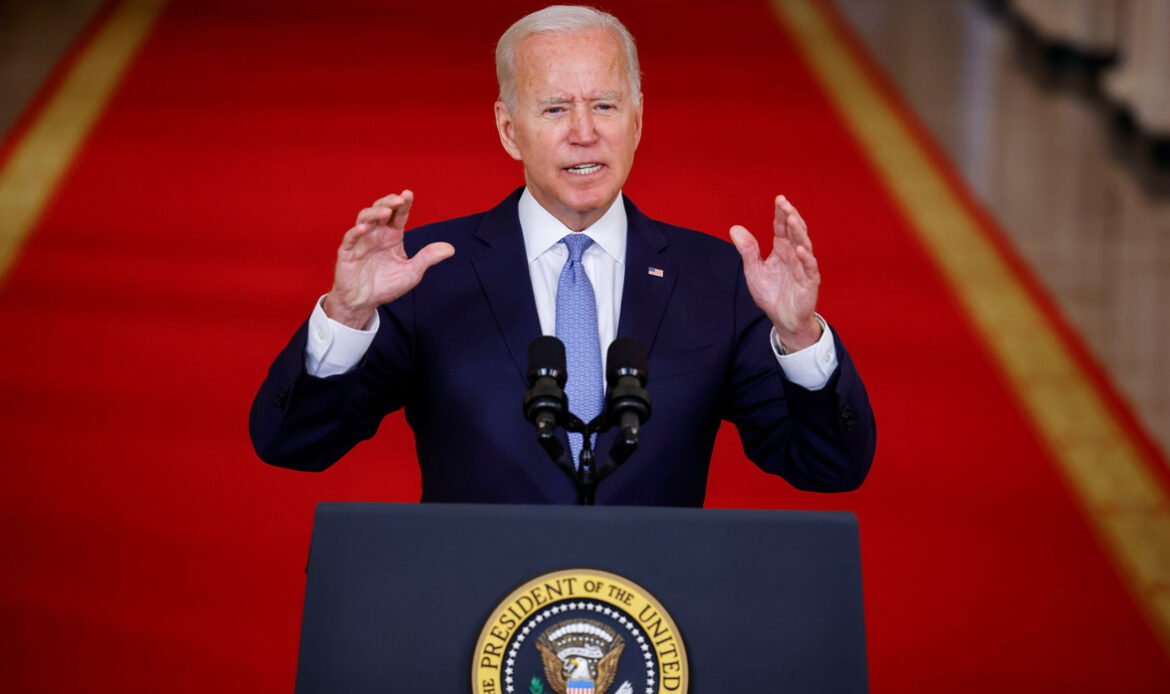 With the last US troops leaving Afghanistan after a devastating bombing, President Joe Biden has described the chaotic evacuation of Kabul as an “extraordinary success” the likes of which “no nation has done in all of history.”

“Last night in Kabul, the US ended 20 years of war in Afghanistan, the longest war in American history,” Biden told reporters on Tuesday, almost a day after the last US plane took off from Hamid Karzai International Airport in Kabul.

The retreat from Afghanistan didn’t just mark an end to that war, he said, but an end to an era of military operations “to remake other countries.”

After 20 years, more than a trillion dollars, and at a cost of nearly 2,500 American lives, the operation to remake Afghanistan failed, ending with the Taliban back in power after the US-backed Afghan government fled Kabul two weeks ago and the US-funded Afghan National Army crumbled before the Taliban’s whirlwind advance, often without putting up a fight.

Biden has faced sharp criticism for his administration’s apparent failure to foresee the rapid collapse of the Afghan government and military, and on Tuesday he once again pinned the blame of the Afghans. He said that he’d assumed the 300,000-strong Afghan military would be a “strong adversary” to the Taliban, but ultimately “that assumption… turned out not to be accurate.”

The nature of the US withdrawal itself – which saw the military leave before civilians and without billions of dollars worth of military gear, only to return and airlift more than 120,000 US citizens and Afghan refugees out of a city airport with a single runway – has also been criticized, but Biden brushed that criticism off.

“The bottom line is, there is no evacuation from the end of a war that you can run without the kinds of complexities, challenges and threats that we faced. None,” he emphasized.

Yet the fiercest criticism of Biden’s evacuation plan came after a suicide bomber murdered more than 150 Afghans and 13 US troops outside the airport on Thursday, even as Pentagon officials and troops on the ground were aware of the imminent threat. The US responded with a drone strike on an alleged “planner” and a “facilitator” behind the attack, and another disastrous strike that wiped out an innocent family and children in Kabul.

Biden did not mention the unintended casualties of this strike, but warned the terrorists (ISIS-K, a regional offshoot of the Islamic State terror group) responsible for the airport bombing that more strikes could follow, saying “we are not done with you yet.”

“Those who wish America harm,” he continued, “know this: The US will never rest. We will not forgive, we will not forget, we’ll hunt you down to the ends of the earth.”

Biden also spoke extensively on the folly of “nation-building” wars, something he never spoke out against before former President Donald Trump made ending America’s “forever wars” a key pillar of his 2016 campaign. Speaking on Tuesday, Biden said that America would in future “set missions with clear, achievable goals, and stay focused on fundamental national interests.”

“Moving on from that mindset [of nation building]…would make us stronger, more effective and safer at home,” he argued.

Biden argued that the US “succeeded in what we set out to do in Afghanistan over a decade ago,” referring to the US’ destruction of Al-Qaeda in Afghanistan and the killing of Osama Bin Laden in neighboring Pakistan in 2011. Yet the war dragged on ten years after Bin Laden’s death, and cost American lives right up until its closing days. Moreover, reports have surfaced of Al-Qaeda and ISIS terrorists once again operating in Afghanistan.

To the grieving families whose children gave their lives to essentially return Afghanistan to its pre-9/11 state, Biden’s description of the US’ “extraordinary success” there rang hollow. “We didn’t want to deal with him. We didn’t want him anywhere near us. We as a family decided that that was the way it was going to be,” the father of a US Marine killed last week told Fox News on Monday, after refusing to meet with the president.