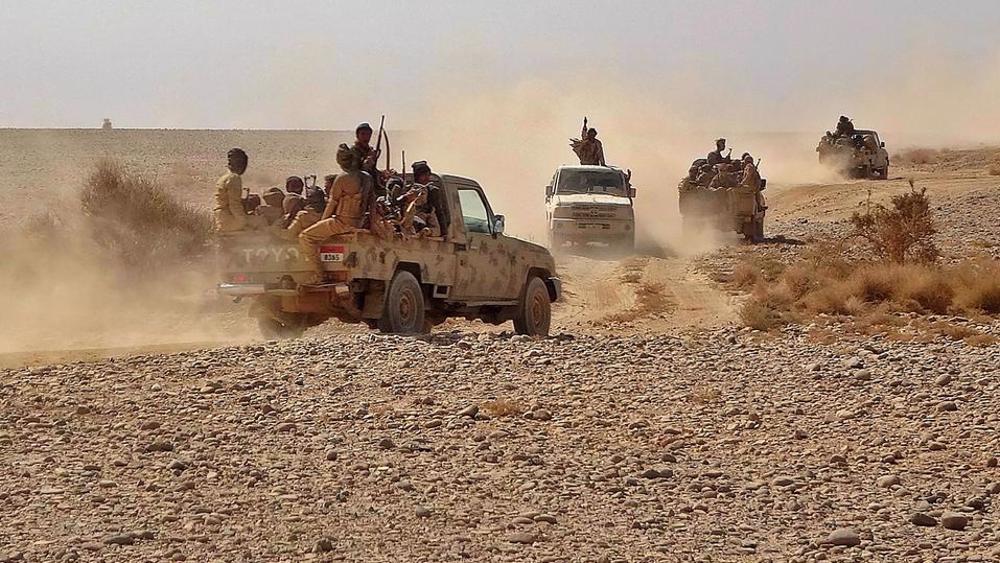 Yemen’s allied defense forces have decisively escalated their counterattacks on Saudi Arabia’s allies in Ma’rib, the capital of a hugely strategic west-central Yemeni province of the same name, and are reportedly on the verge of recapturing the whole city.

The Yemeni army and Popular Committees were reported on Tuesday to have advanced as far as the city’s “government buildings.”

The advancements were made possible, despite heavy Saudi bombardment of the flashpoints in the city from above, Yemen Press Agency reported. It came after the forces successfully pushed back against the kingdom’s allies there, namely Riyadh-backed militants and al-Qaeda terrorists, the outlet added.

The terrorists, it added, have been forced to abandon their positions and beat a retreat towards the city’s administrative buildings.

The Yemeni forces “are not far from” reestablishing Sana’a’s sovereignty over the city, Yemeni media sources noted.

The Saudi-led coalition, meanwhile, tried to shift the Yemeni allies’ attention away from their pending victory by trying to create diversionary clashes in other places. It, however, failed in its bid, the Yemeni outlets said.

The locals said the coalition’s forces had suffered considerable human and material losses during the developments. “A large number” of the enemy’s military commanders were either killed or injured during the advances, they announced.

The coalition invaded Yemen in March 2015 in a self-proclaimed bid to restore power in the country to Saudi Arabia’s favorite officials.

Seven years on, however, it is still nowhere close to realizing that avowed aim.

The invasion has, meanwhile, killed tens of thousands of Yemenis in the process. The military aggression and a simultaneous siege of Yemen has also turned the Arab world’s already poorest nation into the scene of, what the United Nations has deplored as, the world’s worst humanitarian crisis

The Yemeni forces have invariably retaliated heavily against the war, striking targets that lie as far as the capital of the kingdom itself and its war ally, the United Arab Emirates.

Pledging never to lay down their arms until Yemen’s complete liberation, the forces have been focusing on Ma’rib and its surrounding province’s recapture for many months now.

Given its strategic location, the province’s liberation is expected to open the floodgates of further victories for the Yemenis.

According to Yemen’s Ambassador to Tehran, Ibrahim al-Deilami, the war in Ma’rib is currently underway in “more than 50 fronts.”

The Yemeni counterblows have managed to fully liberate as many as nine of the province’s 14 districts so far.