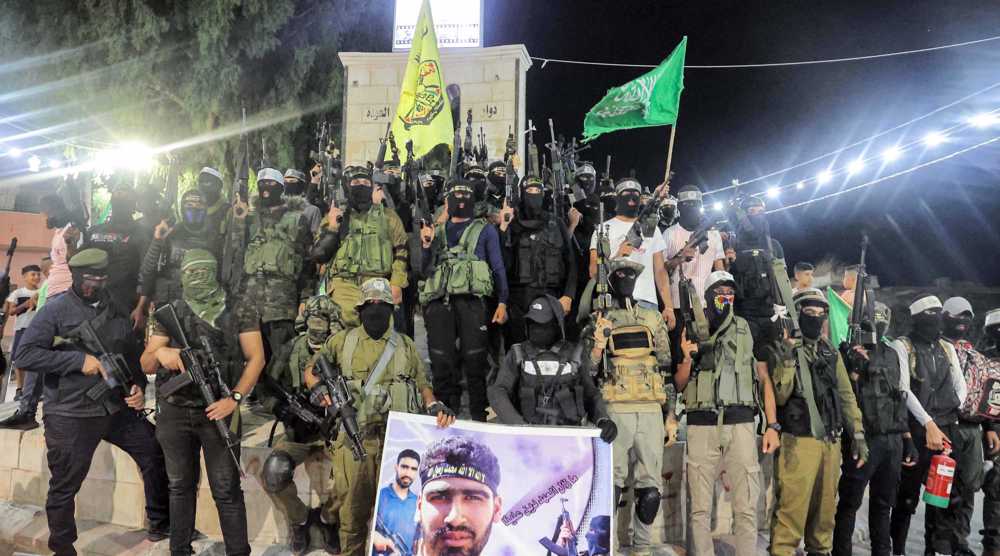 The Palestinian refugee camp of Jenin has now become a center of resistance in the wake of intensified Israeli settler violence and an increase in attacks by Israel’s military there.

According to a Wednesday report by the Al Jazeera television network, assaults by Israeli settlers and soldiers are not the only grievance shared among the Palestinian refugees at the camp. They are also frustrated with the leadership of the Palestinian Authority (PA), whose President Mahmoud Abbas met Israel’s Minister for Military Affairs Benny Gantz in Ramallah on Sunday in the first top-level meeting between the two sides in a decade.

Al Jazeera said the Israeli regime and the PA are concerned about “increasingly confident groups of Palestinian gunmen aligned to various political factions in the West Bank who are unafraid to challenge them militarily.”

The PA security forces “are afraid to go into Jenin refugee camp and have been unable to control the camp,” the report said.

On August 16, Israeli troops raided the camp. One Palestinian was arrested and four were killed. A gunfight was also triggered with the resistance fighters.

Ahmed Ammar is the father of Saleh, who died of wounds after he was shot in “the back of his head” by Israeli troops. He told Al Jazeera that a neighbor “was being arrested and there were armed soldiers on top of a surrounding building who opened fire on the young men as soon as they saw them, and only then did our guys shoot back.” Israel had claimed its soldiers had come under attack. But Ammar refuted that claim.

“The resistance fighters in our camp are from Fatah, Hamas, Islamic Jihad and other groups – we are all united,” Saleh’s mother, Najah, told Al Jazeera.

Israel now faces a united uprising from across the Palestinian political spectrum in the town of Beita, near Nablus, which has seen intensified clashes between troops and Palestinians protesting against a settlement outpost recently established on Sobeih Mountain.

“We have been protesting for over three months and we will continue to fight for the return of our land until the last man,” villager Muhammad Khabeisa, who lost agricultural land to the settlement of Evyatar, told Al Jazeera.

To Omar Ja’ara, a Palestinian political analyst, the occupied West Bank has become a real front similar to the Gaza Strip, posing an imminent danger to Israel.

Meanwhile on Tuesday, the Palestinian resistance movement Hamas said Israel’s practice of withholding the bodies of Palestinians killed by its troops was a “war crime.”

It is widely believed that Tel Aviv will likely use the bodies of the Palestinian martyrs as bargaining chip in the case of Israeli soldiers reportedly held in Gaza.