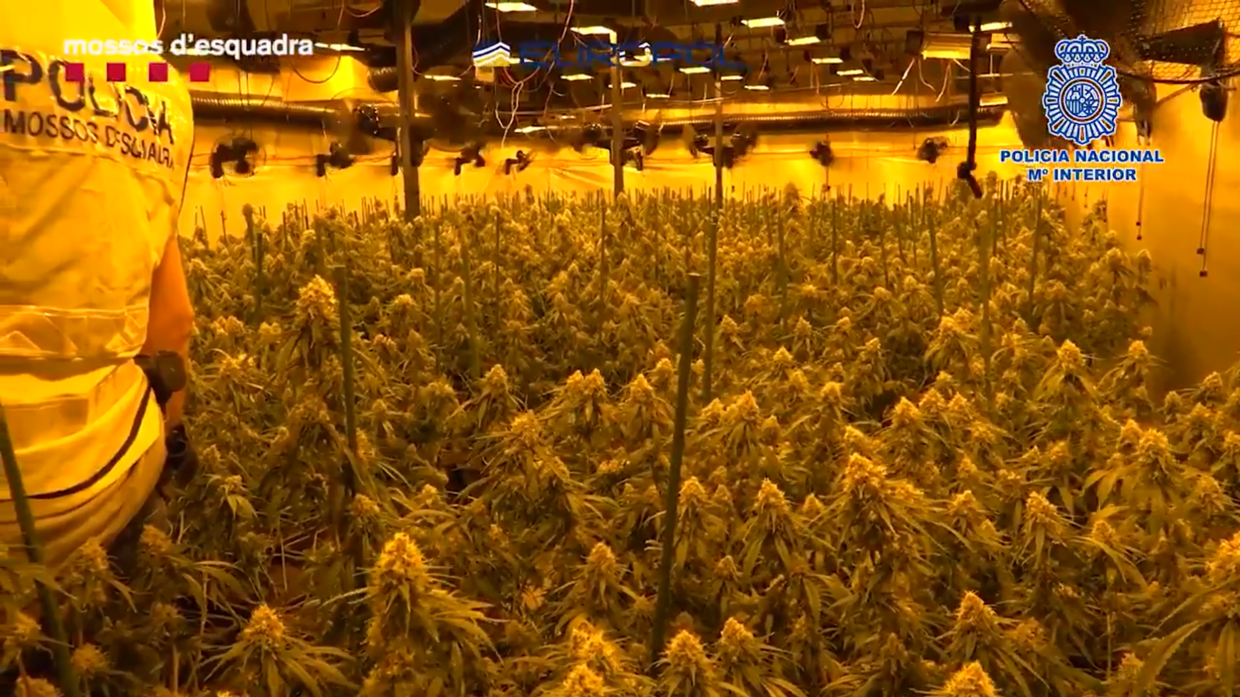 Europol has released video footage of a huge raid involving hundreds of police, both on foot and in choppers, breaking up an Albanian drug ring across Spain and seizing thousands of cannabis plants as well as cash and vehicles.

The pan-European law-enforcement agency made 107 arrests, discovered 51 cannabis farms and seized 25,000 cannabis plants, in a massive coordinated raid carried out at 42 locations across Spain.

The agency said the operation took down an ‘Albanian clan’ running an industrial cannabis operation across Europe. Albanian, Spanish and German authorities were involved in the bust.

The video depicts dozens of police infiltrating an array of warehouses at dawn. Inside, they find mattresses and temporary sleeping setups, as well as an extraordinary quantity of cannabis plants.

Thousands of plants –large mature ones and newly sprouted– fill huge halls in the warehouses, which are heated and lit up with artificial lighting.

In total, 400 police officers on the ground carried out simultaneous raids in 42 different locations in Spain, Tarragona, Barcelona, Girona and Castellón.

As well as the drugs, police seized €70,000 and two luxury vehicles.

Europol said that the criminals were using an illegal tap-in to the electricity supply to power the lighting for the cannabis farms. They said the total electricity stolen amounted to €1.6 million in lost utility revenue.

According to a report earlier this year by El País, Spain’s problem with illegal cannabis trafficking is a rapidly growing issue in the country. They said that, in 2019, 1.5 million cannabis plants had been seized by authorities.