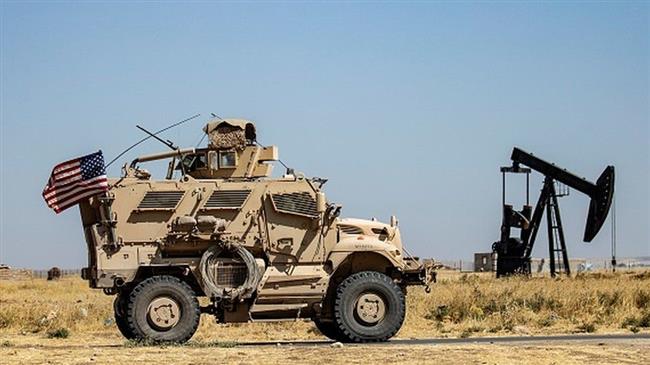 A military facility housing US occupation forces in Syria’s eastern province of Dayr al-Zawr has been targeted by rockets fired from nearby areas.

There were no immediate reports about possible casualties or the site where the projectiles had been fired from, according to the source.

There has been a rise in such attacks on US-run bases in Syria’s oil-reach eastern regions in recent months.

Earlier that month, the US base near the al-Omar oil field had been hit in a similar attack.

US dispatches reinforcements to bases in Syria’s Hasakah

Separately, the United States dispatched a convoy of trucks carrying arms and logistics supplies to Syria’s oil-rich province of Hasakah.

SANA, citing local sources, reported on Tuesday that a US military convoy of 24 vehicles, including refrigerator trucks and tankers, had entered Syrian territories through the al-Waleed crossing border earlier in the day.

The sources said the convoy, which had come from Iraq, headed toward military bases run by US forces in Rmelan town, located 165 kilometers northeast of the provincial capital, Hasakah.

The US military has stationed forces and equipment in eastern and northeastern Syria, with the Pentagon claiming that the deployment is aimed at preventing the oilfields in the area from falling into the hands of Daesh terrorists.

Damascus, however, says the unlawful deployment is meant to plunder the country’s resources.

Former US president Donald Trump admitted on several occasions that American forces were in Syria for its oil.

After failing to oust the Syrian government through proxies and direct involvement in the conflict, the US government has now stepped up its economic war on the Arab country.