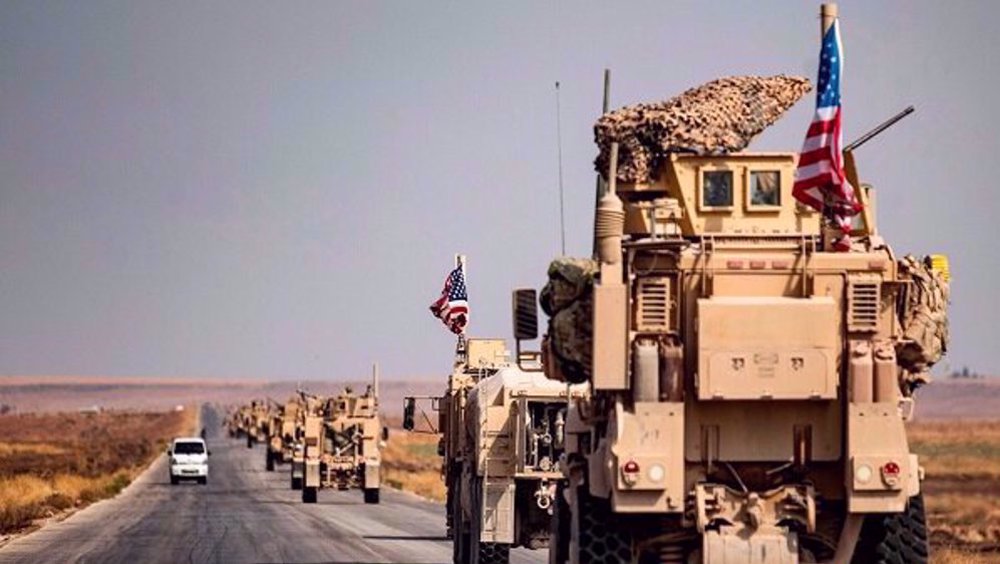 Amid growing calls for the expulsion of American forces from Iraq, a US military convoy has been attacked in the country’s central part, a news outlet affiliated with Iraq’s resistance groups reports.

Sabereen News also reported that a huge explosion had occurred near a US military base in Iraq.

The nature of the incident is still unknown, it added.

Dozens of attacks on US forces have been reported across Iraq in recent months, as calls for the expulsion of American troops from the Arab country intensify.

Iraq’s resistance groups have vowed not to lay down their arms or cease their struggle until the expulsion of all American troops.

A piece of legislation passed in the Iraqi Parliament in early 2020 demanded the expulsion of all US-led foreign forces from the country, days after the US military assassinated Iran’s top anti-terror commander Lieutenant General Qassem Soleimani and Abu Mahdi al-Muhandis, the deputy commander of the Popular Mobilization Units (PMU).

The PMU, which is the largest coalition of Iraqi resistance groups, has played a key role in Iraq’s 2017 victory against the Daesh terrorist group.

Since the defeat of Daesh, however, the anti-terror coalition has been targeted repeatedly by the US military.

‘Expulsion of US forces a priority’

In remarks on Tuesday evening, Ammar al-Hakim, an Iraqi Shia cleric and head of the National Wisdom Movement (Hikma), said the expulsion of US forces from Iraq is among the most important objectives of the Alliance of National State Forces.

He made the remarks during the official announcement of the formation of the new political alliance.

“Today, the Iraqi people want a sovereign, independent, stable and prosperous government that is not subject to the wishes of other regional and extra-regional countries and thinks about the fulfillment of the wishes and aspirations of its people,” he said.

Hakim made it clear that Iraq is in a new stage of development and is no longer a country where others ignore its sovereignty.

“Our alliance aims to expel foreign forces, create a major economic, urban and development renaissance, develop education and activate the role of woman,” he noted.

Hakim explained that the alliance also prioritizes the Iraqi government’s consolidation of power, the rule of law, placing the control of all weapons in the hands of the government, and strengthening the security and military bodies, including the PMU.