Home Technology Helicopter on the Surface of Mars 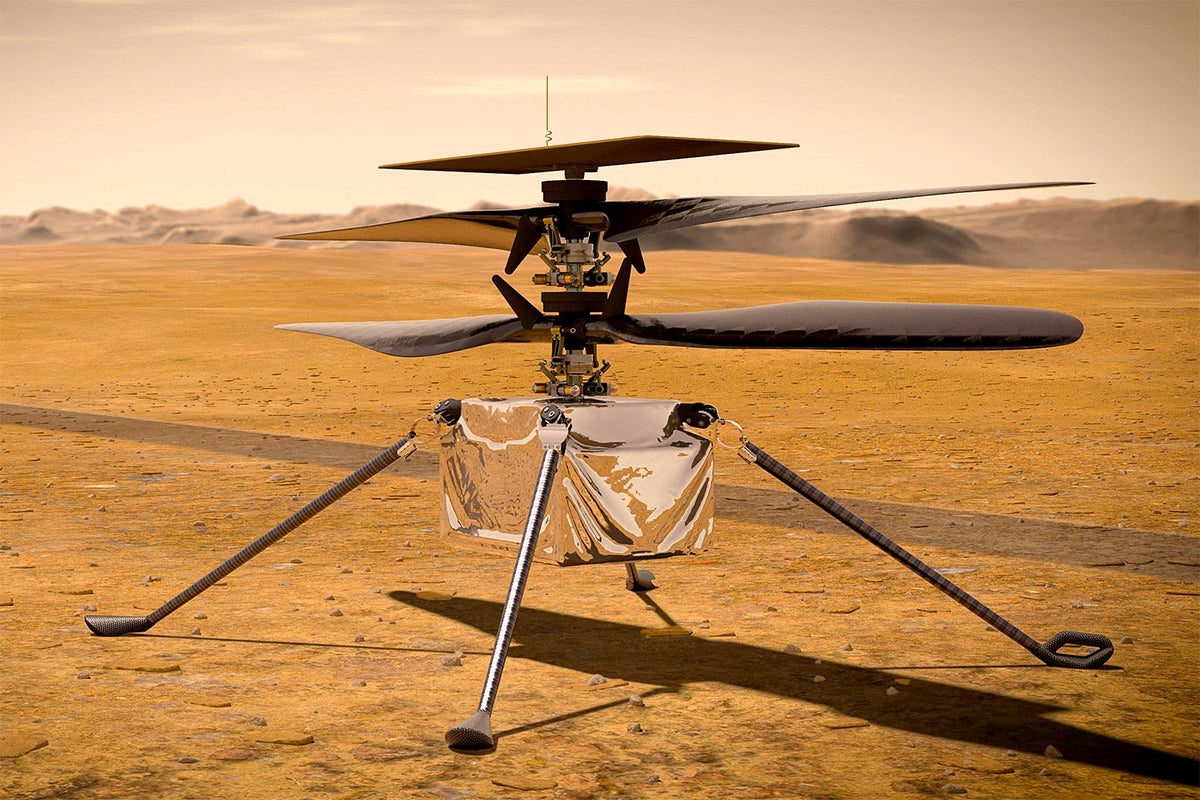 The US space agency “NASA” launches the “Ingenuity” helicopter over Mars.

If the mission succeeds, it would mark the first flight of a remote-controlled, powered helicopter to a planet other than Earth.

This mission was scheduled for April 11 but was rescheduled after a flaw appeared that forced engineers to do more checks before relaunching the flight and resolving a problem in the chain of command.

The helicopter reached the Jezero crater on Mars on February 18 and is connected to the belly of the probe with NASA’s Perseverance.

It should be noted, that the helicopter is a demonstration of technology for a flight mission planned to not exceed 30 days on Mars.

Al-Mayadeen had discussed this event on March 24th, talking about the US space agency organizing the first flight of a motor vehicle on a planet other than Earth, as an attempt would be made to launch the “Ingenuity” small helicopter to Mars.

In the future, such vehicles could play a very important role in planet exploration thanks to their ability to reach places that roving robots could not reach (over canyons, for example).

The US Space Agency is working on another pilot project as part of the “Dragonfly” mission, which in 2026 will send a drone to Titan, the largest moon of Saturn, to reach it in 2034.