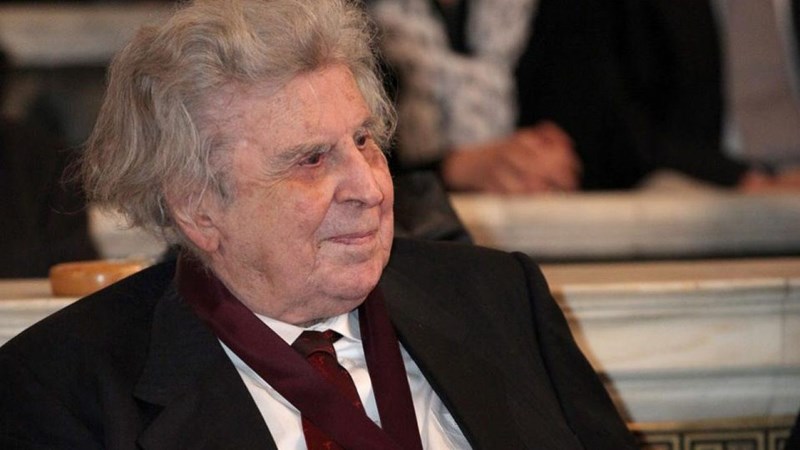 As the world recollects the tunes of Zorba the Greek, the free recognize the loyalty of the prodigy, Theodorakis, and his love and dedication to the Palestinian cause, not to mention his support to the Palestinians in their struggle against the Israeli occupation.

Theodorakis, who has passed away at 96, was the mastermind behind the Palestinian National Anthem, which is and will always be an international symbol of resistance for supporters around the world.

“I am afraid that Sharon will lead the Jews in the same way that Hitler adopted with the Germans,” said Theodorakis once. “Israel has become like Sparta – you are fighting a million Palestinian women and children – you are now Goliath and Palestine is David, and I am with David.”

Theodorakis feared no one, as his stance was as crystal clear as water. The composer wore the Palestinian Kuffiyah to his shows and to any event as an expression of solidarity and pride.

A veteran soldier who defended Greece during World War II, Theodorakis dedicated his life to addressing global issues and revolutions.

He composed immortal melodies evident in his iconic symphonies and soundtracks for films which he had to be convinced of in terms of their inclination and artistic value before actually agreeing to cooperate with their creators. Zorba The Greek’s soundtrack still echoes across the world as if it was humanity’s anthem that is heard in every corner of the world.